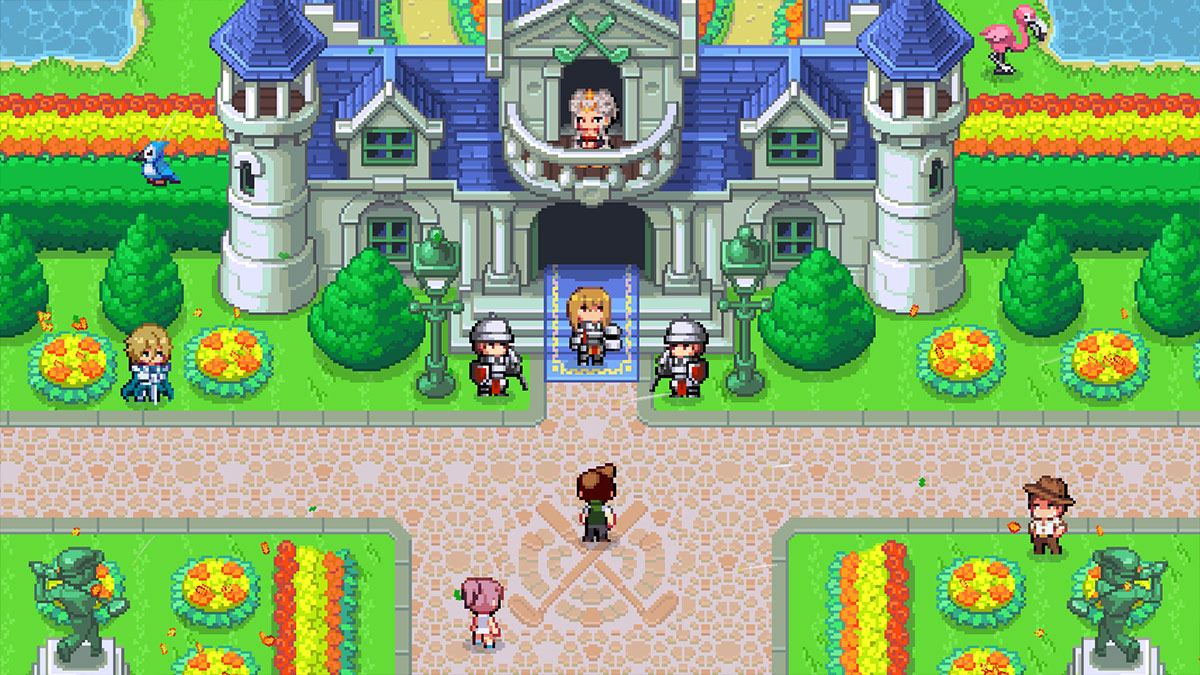 For the past five days, Nintendo’s Holiday House of Indies has been showcasing new and upcoming independent titles coming to the Nintendo Switch. Most of the ones shown will be released in 2023, but in Day 5’s video, we got a surprise: Sports Story, a pixel art RPG in the vein of Stardew Valley (but with much more action), is available now for players to enjoy.

Sports Story is more than just a game about sports and sporting activities. It hosts a massive cast of characters, including kings, queens, fishmen, musclebound prisoners, military members, and many more. Interacting with everyone seems crucial to developing as an athlete, and there are bound to be sidequests and activities related to specific characters over the game’s runtime.

Gameplay is more than just hitting or throwing balls around, though there’s plenty of that. The trailer shows stealth missions in an army base, minecart rides, Trials-style motorcycle obstacle courses, platforming through a dark warehouse, and farming around your home. There are dungeons, ruins, a mysterious locale called the Wildlands to explore, and a local mall with additional mini-games and purchasable items to collect.

You unlock new sports as you play and progress, including tennis, golf on eight bespoke courses, soccer, BMX biking, mini-golf, cricket, volleyball, fishing, and more. Each sport is fully fleshed out from a gameplay and visual standpoint, with tennis available in both doubles and singles, handball in a training room, and baseball practice in a batting cage. With all that, Sports Story is a much bigger and more ambitious game than its appearance would first presume.

It’s affordable, as well. Clocking in at a very reasonable $14.99 on the Nintendo eShop, you’re bound to enjoy hours and hours of adventure for a third of the price of most other games on the platform.