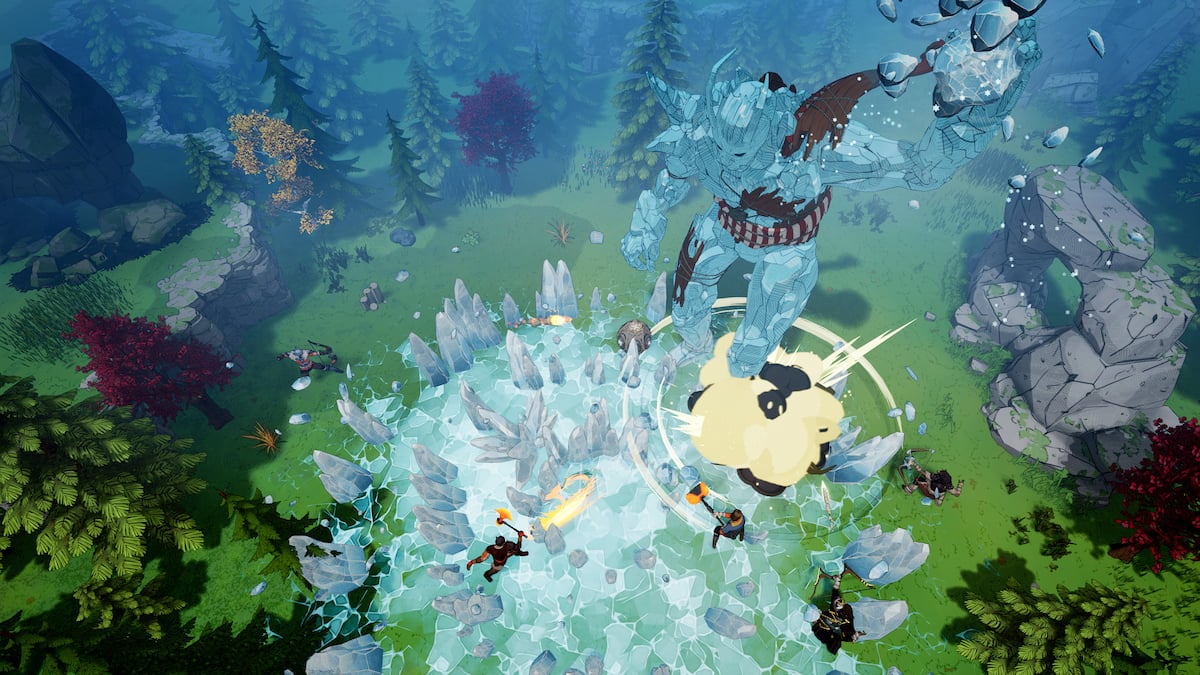 Tribes of Midgard has just released their mid-season content for season 1, adding two variants to Fenrir, a Doomhowler and Wolfmancer, for players to combat at the end of the journey. The update also added several more cosmetic sets, runes, starter kits, and balance changes for a handful of the classes. In addition, the content map for Tribes of Midgard was updated, and we now see that when season 2 rolls around, boats will be added to the game, which means the ocean waters will become much more dangerous.

The content map was updated alongside the Wolf 1.5 patch notes release, right before the mid-season one update. We see a section for oceans and boats underneath the upcoming saga boss, but no other details were added to the roadmap.

The ocean is an environment that players cannot interact with during a game or explore. Most of the time, when they roll into any body of water, they immediately die, making it more of a hazard than anything useful. The ocean will likely be an upcoming environment with more resources and monsters for players to fight, likely from the safety of a boat.

Many players on the Tribes of Midgard Discord have also pointed this out, and several speculate this could hint to the next saga boss, Jörmungandr, the World Serpent. Jörmungandr was thrown into the ocean when it was born and has become a massive serpent, capable of wrapping around the entire Earth. With the sea and boats on the way, this could be a great boss for players to battle against.

Right now, it’s purely speculation about what could be on the horizon for Tribes of Midgard when it comes to boats and the ocean, but an added biome for players to explore will be a welcome addition.