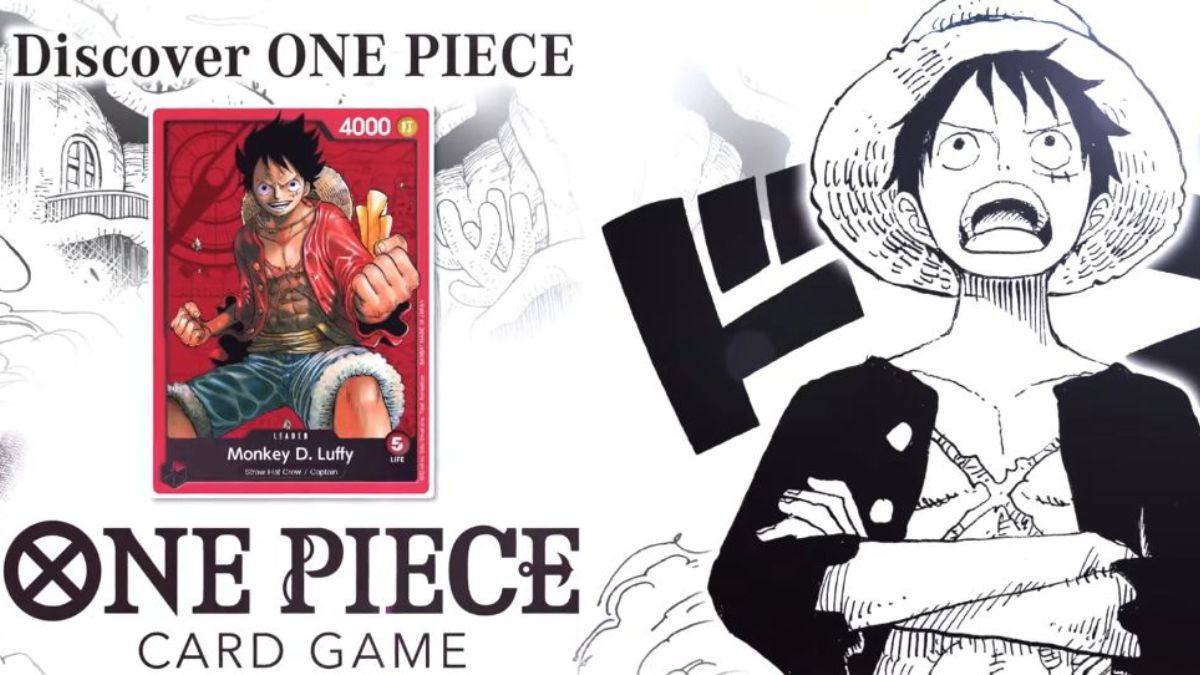 One Piece is joining in on the card collecting craze. The official trailer for Bandai’s One Piece Card Game reveals that the many different pirates from the One Piece manga and anime will be made into cards. Now fans can buy and collect cards featuring the art of fan-favorite characters like Luffy. The Japanese release date for the card game will be July 2022, while the worldwide English release is planned for the Fall or Winter of 2022.

The artwork for the cards comes either directly from the manga or are original pieces of art. There will be new artwork based on characters Sabo, Zoro, and Trafalgar Law. The cards will be sold simultaneously with four starter decks and booster packs. The four starter decks are based on the Straw Hat Crew, the Worst Generation, The Seven Warlords of the Sea, and the Animal Kingdom Pirates.

Trading card games can be very lucrative, just look at the Official Pokémon Trading Card Game and Yu-Gi-Oh. These cards rank in millions of dollars every year, and many cards have become sought-out collector’s items. Several hard-to-find Pokémon cards are worth thousands of dollars.

The One Piece Manga has been going on for 25 years at this point and has amassed a large selection of endearing characters. With the number of characters the series has, the One Piece card game could end up being a big seller for Bandai.