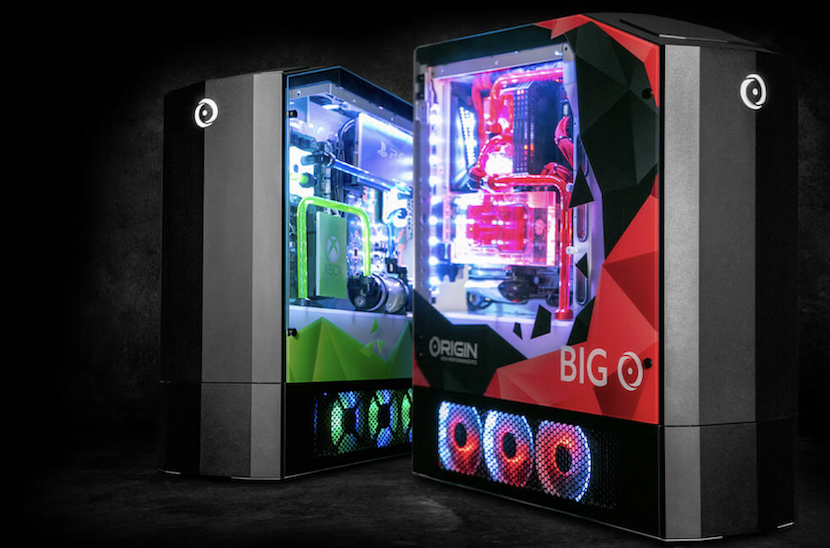 The Consumer Electronics Show is taking place this week in Las Vegas, and Origin—the custom computer company, not to be confused with EA’s gaming storefront and launcher—is wasting no time in showing its dominance on the gaming front.

The company has announced its newest PC hardware, the “Big O” 2020 Edition. This ultra-sized PC has a nice little bonus for those that want to get some extra gaming in—hardware based around one of their favorite consoles.

“Big O” comes with a Crystal Series 280X Micro-ATX chassis that includes PC components that are wide open for customization. There are different CPUs available to choose from (both AMD and Intel), along with various storage options (anywhere between 2TB and 4TB SSD).

As for that console component, you can install either the Xbox One S from Microsoft or Sony’s PlayStation 4 into the unit, utilizing Origin’s liquid-cooling system. Players can switch between console and PC with no problem.

That said, some may wonder why the next-generation of consoles, the Xbox Series X and PlayStation 5, aren’t being implemented into the hardware. Keep in mind, however, this might be an option in the future, depending on configuration.

Origin’s “Big O” hardware also makes it easy to stream. Elgato will install a 4K60 Capture Card right into the system, so that players can set up their broadcasts with relative ease.

The trailer provides a good look at what the hardware’s all about. It’s a bit on the thick side, but probably the most convenient way to go if you want to enjoy both PC and console gaming. (There is room for both, you know.)