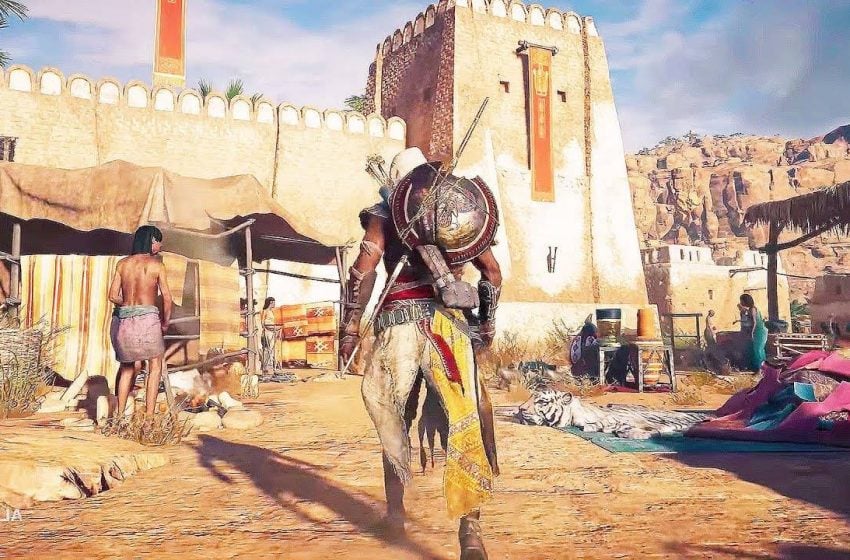 Assassins Creed Origins new DLC The Hidden Ones has a few days left for the release. Recently Ubisoft has released a Patch 1.2.0 that adds support for this DLC. Things, however did not go as planned and Ubisoft accidentally released the DLC a week earlier. A few players who were able to get access to the new zone have shared images on the web, the mistake was later rectified. The developer of the game has confirmed that they had released the DLC The Hidden Ones on Xbox One just a week ahead of official Jan 23 release.

The Hidden Ones will let players explore a new territory ruled by the Roman forces, players will have a new target to hunt down followed by fresh challenges. Those who had downloaded the DLC will still have an access to play it. And those who had not, will have to wait for the launch. So there are chances we will see a lot of play through videos from the players who are able to access it first.

Hidden Ones is first of the two major DLC that will be coming for Origins. A new region Sinai is unlocked that requires Cap 45 for progressing. The DLC also adds new items like outfits, mounts and weapons. Players who had able to download it before are lucky enough to get the fresh content first, otherwise Jan 23 is not far.

Later Ubisoft also announced that they will not remove the access for those players who had downloaded the DLC. If the developers take any step to fix this, it can mess up with players save game file. Instead Ubisoft has asked players to keep the discussion under spoiler-designed section of sub-forum.