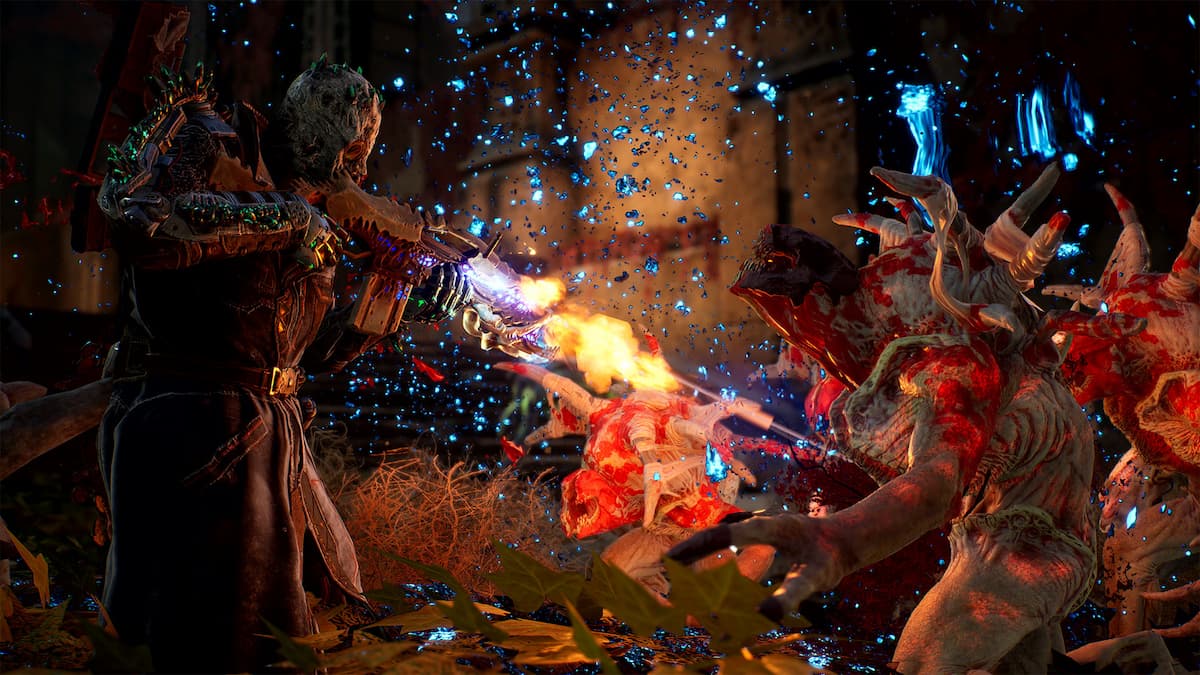 Outriders released earlier this year to mixed reception from critics and consumers. While it was met with mostly positive reviews, its server issues coupled with the loot system and endgame caused many players to drop off early. Tomorrow’s update coupled with the upcoming expansion, however, may turn things around for People Can Fly’s looter shooter. Releasing across every platform, New Horizon is a free update that adds new content and overhauls many of its existing systems based on community feedback.

The endgame has seen the biggest change — originally rewarding players based on how quickly they could complete expeditions, Outriders is now removing the timer by default, giving players more freedom to explore non-DPS builds. Expedition rewards will now scale depending on length to fit with this change. This means that you won’t be wasting time by chasing longer expeditions instead of repeating shorter ones. To go along with this, four new expeditions are being added: Molten Depths, City of Nomads, The Marshal’s Complex, and The Wellspring.

This endgame wouldn’t mean much without proper loot — another element that’s seen an overhaul. The update increases global legendary drop rates by 100%. Additionally, an anti-duplication system is being instituted. In theory, this should prevent players from receiving duplicate legendaries.

New Horizon is also bringing along some minor quality of life features, including a new transmog system, allowing players to change the appearance of any piece of equipment. Transmog designs are automatically unlocked the first time players pick up a weapon or armor piece. The look of equipment can be changed as often as players want with no consequence. Whether you’re a returning veteran or a new player, Outriders is also handing out one free legendary armor piece to every player upon logging in as part of their celebration package, which runs through November 30.

All these free additions and tweaks are being put in place to ensure a stable community for Outriders’ first major expansion. Worldslayer, the game’s first proper paid expansion, launches in 2022.