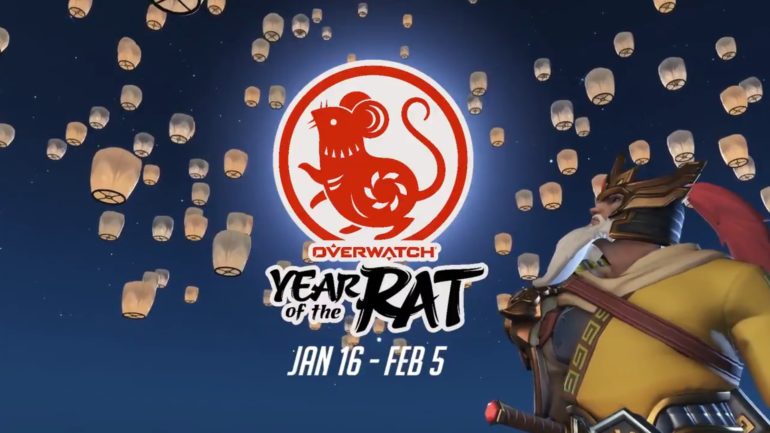 Not long after Blizzard announced the Year of the Rat Lunar New Year event for Overwatch, what is likely all of the new skins leaked online. The Overwatch team tweeted a short video of Hanzo lighting a sky lantern which revealed the event starts tomorrow, January 16th and runs until February 5th.

Get ready to ring in the Year of the ?!

Alongside the video, their banner was changed to show the new Lucio and Moira skins that will be available once the event begins. According to Korean Twitter user OverwatchNaeri, Lucio’s skin design “comes from the traditional games of Korea Nongak(농악) and wears a hat called Sangmo(상모).” Moira is donning a Korean shaman’s outfit. The creepy mask is right in line with Moira’s personality and is right up there with Ana’s Tal skin for reasons I won’t be sleeping tonight.

After the official announcement, OverwatchNaeri posted photos of five new skins coming tomorrow. Briggite gets a dress and makeup that seem to be in line with Chinese New Year traditions. Sombra’s new skin looks to combine her love for sugar skulls with Asian culture. Doomfist is receiving a very basic color swap that undoubtedly will be considered a “Rare” skin and will cost less in-game currency than the more reworked looks for the event. Wrecking Ball’s mech is being made red with white paint, and the hamster himself seems to be golden. Finally, Winston is getting a green toned skin that might be a reference to jade statues.

As with other Overwatch events, expect at least one new emote for a character. The video with Hanzo lighting a sky lantern might potentially be the brand new highlight intro this time around. There will also be multiple new voice lines, mostly focused on newer characters to the game. While it is not confirmed, it is the in-game arcade special will be Capture the Flag like in years past.