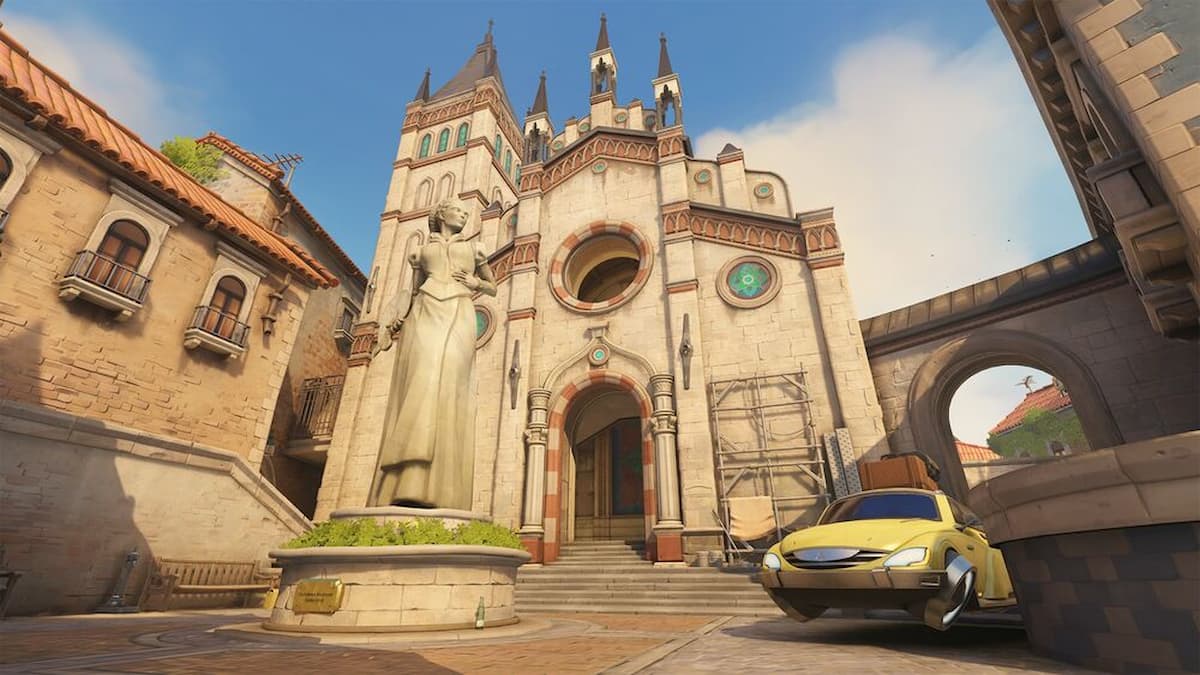 Overwatch has added a new Deathmatch map called Malevento, a city set in Italy. It is out of the PTR and in the live game now. In the game’s lore, it is believed to be a secret base for Talon operatives.

The Malevento map is pretty small and cramped, with many tight corridors and twists and turns through its streets. You can enter a few buildings, including a worn-down church and a tower that overlooks the cliffs, which are death traps for players.

To have success on the map, you will want characters that are good in close situations like Reinhardt, Reaper, and Junkrat. There are not many long-distance sightlines for ranged characters and not many areas for cover to duck behind with mobile heroes.

Players who are hoping for a new map that can be played in either Quick Play or Competitive are likely going to have to wait until the release of Overwatch 2, hopefully sometime in 2022. With that game changing the format of its main mode into 5v5 instead of the 6v6 we have now, it does not make sense for them to implement maps that do not feel quite right with an extra player on each team.

Malevento was initially set to go into testing a while ago, but the recent Activision Blizzard controversy caused the team to delay it. It was then pushed forward with a McCree-focused event being postponed while the Overwatch team reworks the character’s name since he was named after one of the alleged perpetrators in the ongoing sexual harassment case, Jesse McCree. During this time, Executive Producer Chacko Sonny, largely seen as one of the biggest names attached to the upcoming sequel Overwatch 2, left the company.