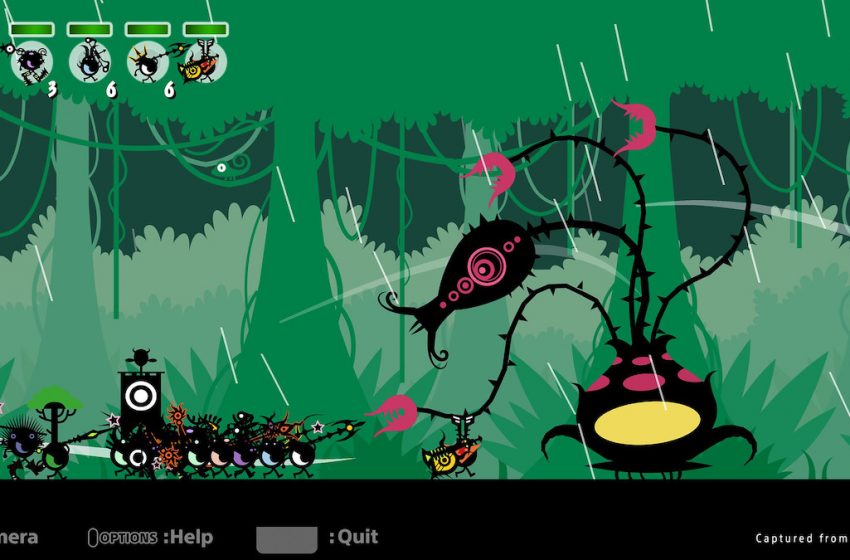 Last month, several leaked image icons from Patapon 2 revealed that the game would finally make its journey from PlayStation Portable to PlayStation 4. And that left many fans—including, yes, Kinda Funny’s Greg Miller—asking, “So when is it coming out?” Fortunately, the wait isn’t too much longer now.

A new post on the PlayStation Blog confirmed that the much-anticipated sequel would finally arrive on PlayStation 4 starting on Jan. 30. The trailer below gives you a good idea of what’s in store for these pint-sized heroes.

For those unaware of just what Patapon is, here’s a refresher. It’s a rhythm-based 2D platform/action game that requires you to hit buttons with precision, timing the attacks of a small group of soldiers known as the Patapon. The better you perform these moves, the more accurate their attacks are. You’ll need to finish your journey so you can regroup with the Zigoton soldiers you were separated from.

This gameplay, combined with a fresh art style and a memorable soundtrack, helped create one of the PlayStation Portable’s most original games when it initially released in 2008. And now, twelve years later, it has an opportunity to find a whole new audience.

The game features 30 different missions, from hunting to escorting those in need to engaging in fierce boss battles. There are a handful of new mini-games that will test your skills throughout, along with other fun surprises.

Fans can get into the rhythm of this extraordinary game when it arrives this Thursday for a very reasonable price of $14.99. Sing it with us now, “Pon-pon-patapon.”