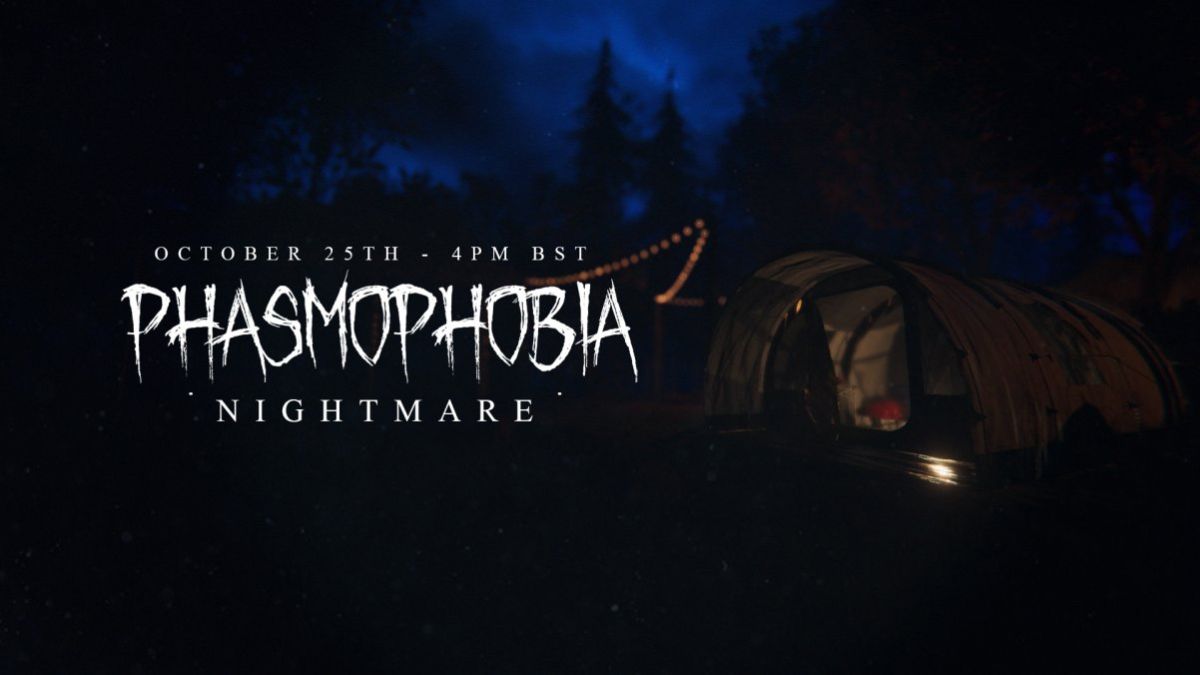 Ever since Phasmophobia’s release last year the game has been a huge hit with streamers and horror enthusiasts. Developed by Kinetic Games, the game is multiplayer that centers around ghost-hunters who investigate haunted places. The goal of the game is to find proof that a ghost is inhabiting the place and get enough money to fund the investigations.

With the game’s continued success, Kinetic Games released a single-player mode for its first anniversary. Now the developers are teasing another new update for the game, something they’ve been teasing for a few days now.

On October 4, Kinetic released an image of the journal in the pause menu that has a list of Ghost Types and an unknown description. The description and two of the ghost types have been blurred out. This hints that new ghosts will be coming to the game with all-new ways to find them.

Kinetic Games then released a new teaser image for the game. The teaser is for something called Phasmophobia Nightmare, and it has a tent in the middle of the woods. Not much was revealed other than more info will be coming on October 25 at 4 PM BST. It is appropriate that Phasmophobia would get new information just in time for Halloween.