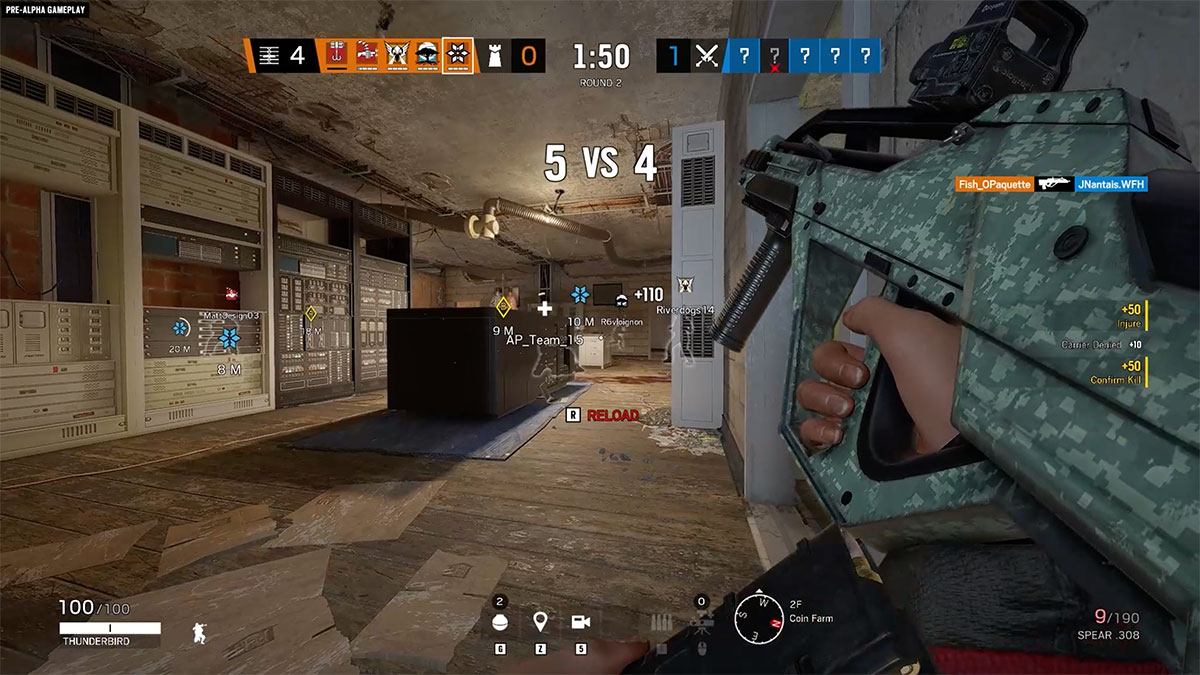 Earlier this week, we attended a Ubisoft press event for Rainbow Six Siege Operation North Star. During that event, the developer revealed some changes coming to the mechanics surrounding death in the game later this year. These changes won’t be present in Operation North Star but are plans that may be implemented in the future in Rainbow Six Siege. They’re available on the Y6S2 Test Server for anyone who wants to try them out. The following details are exactly how these changes will affect the game.

Drones of the dead

One of the upcoming changes gives dead Attackers more power to support their teammates using their drones. Once dead, an Attacker can control a drone and highlight enemies as they drive it around the map. These drones will be distinct from the base model drones to signal to all other players that a dead player controls it.

Currently, all dead players can use stationary cameras around the map to highlight enemies if they pass through the camera’s line of sight. Otherwise, they’re left watching empty rooms or following their teammates without participating.

Dead players will also be able to access stationary bulletproof cameras around the map. Each one is equipped with a rechargeable EMP laser that can disrupt your enemies and allows you to continue to tag those enemies for your allies. This change aims to keep players engaged even when they can’t have an active impact in the match. Taking out gadgets and distracting your enemies may be the difference between a total loss and a clutch win.

Some Operators have gadgets that should remain in play even once the character is dead. Another change coming to Rainbow Six Siege implements just this with specific Operators. We don’t know all of the Operators this applies to, but Ubisoft’s example was Zero, with his ARGUS Launcher gadget. This device is a camera that can penetrate tough walls and fire a laser twice, damaging any enemies it hits. The change coming to the game would see a dead player still able to use this gadget and help their team.

With Attackers, the player that used the gadget will be the one to control it after death. Things work slightly differently for Defenders, though, who will have shared ownership of available gadgets after death. This is because Defenders need to work more as a unit than Attackers, and their gadgets are geared towards teamwork over individual advantages.

The Rainbow Six Siege Operation North Star Test Server goes live on May 25, and anyone who owns the game can download this for free and start trying out these new features.