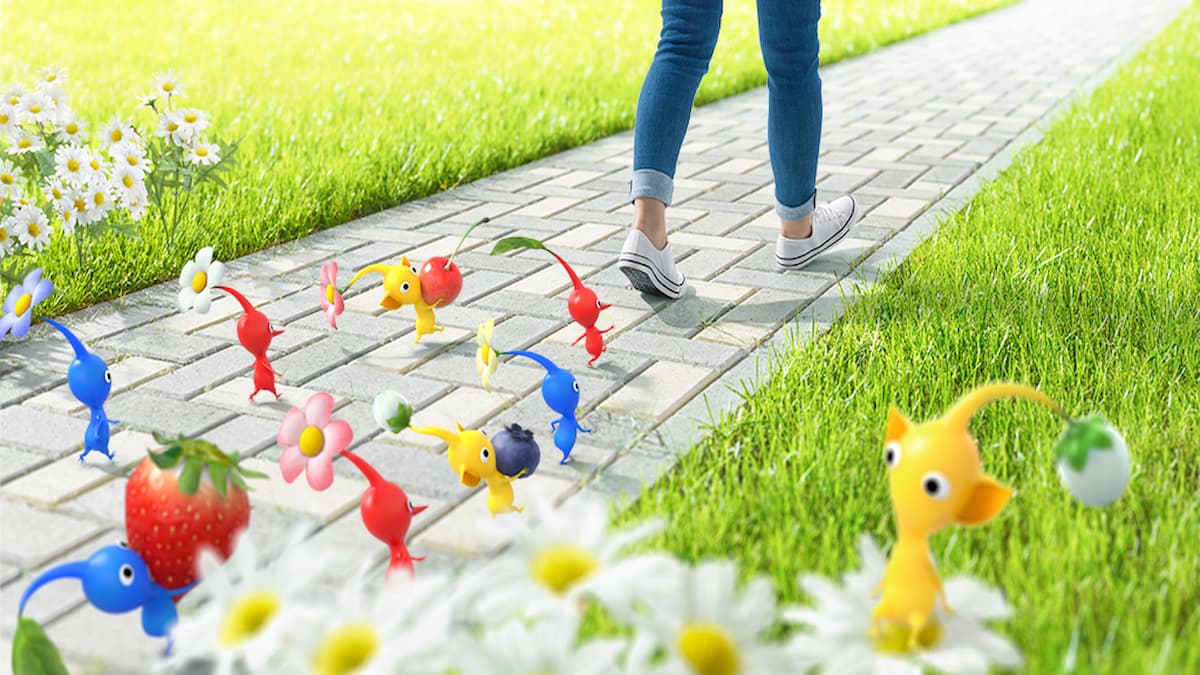 Pokémon Go developers, Niantic, are hard at work creating an augmented reality Pikmin mobile game that will encourage all players to explore their neighborhoods and walk around. Niantic is partnering with Nintendo on the project, and so far, there are extremely few details about the game outside of its development. Niantic’s Tokyo Studio is helming the game, and this is their first title since they were established in 2018.

From what we see on the cover photo of Niantic’s blog where they announced, we see multiple Pikmin following a person with many of them carrying various berries. There are several colors of Pikmin: red, blue, yellow, white, and purple. We only see red, blue, and yellow on the main image, the ones from the first game. Each of the Pikmin was different, and you would use them for a specific task, and these unique traits will likely carry over to the mobile game. The flowers on their head would grow at various stages, making them stronger when fed on nectar.

We’re not too sure how the Pikmin will be used or how players will acquire them, but Pikmin contained various puzzles you had to overcome using these distinct creatures. There will likely be Pikmin requirements players need to meet if they want to solve any of the augmented reality puzzles or defeat any bosses.

Niantic will be sharing more details about this partnership with Nintendo in the next few months. The Pikmin mobile game is expected to launch later in 2021.