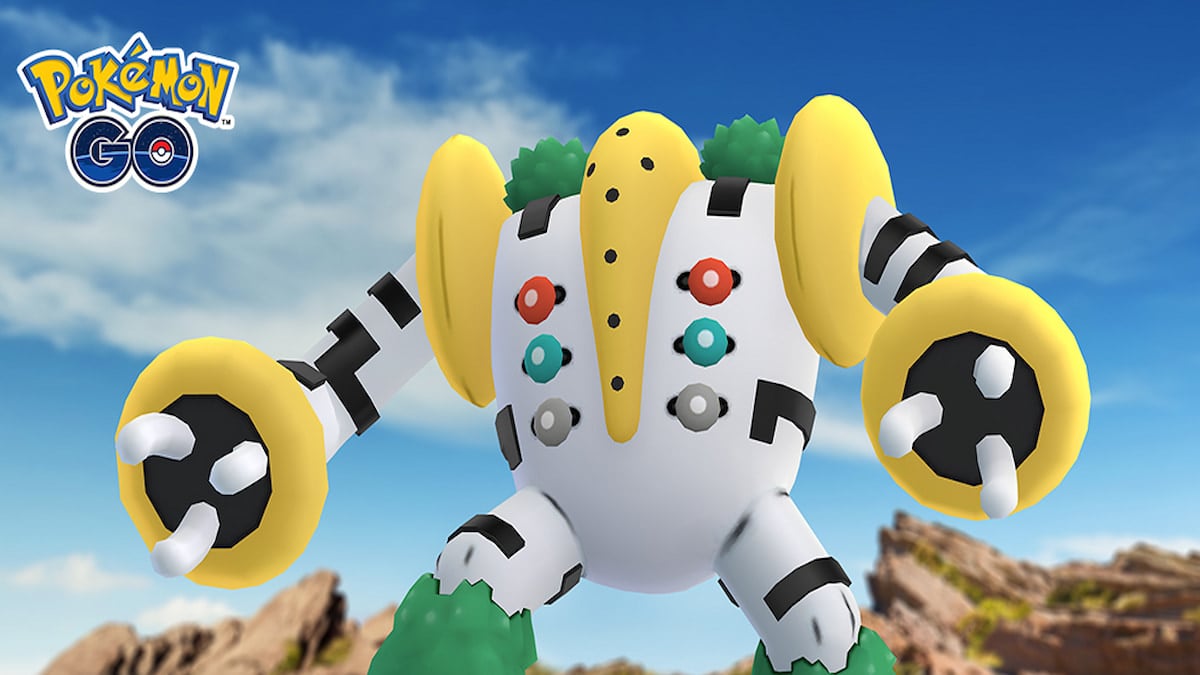 Regigigas is returning to Pokémon Go in five-star raids during the solstice-themed event starting on June 17 and will stick around until June 20. As a result, not only will all players have a chance to battle this fearsome legendary Pokémon, but its shiny version is also making its debut. Previously, Regigigas was only available in an exclusive EX-raid, and now all players have a chance to capture it.

In Pokémon Go’s solstice-themed event, Lunatone and Solrock will be returning worldwide for players to encounter in the wild and the raids. For players in the northern hemisphere, you’ll be able to encounter Yanma and its shiny form, Chimchar, Summer Form Deerling, and several other summer-themed Pokémon. If you’re in the southern hemisphere, you have a chance to encounter Snorunt and its shiny form, Snover, Winter Form Deerling, and other winter-themed Pokémon. There is no timed or special research project for this event.

Regigigas’ return to Pokémon Go is a pleasant surprise, but we were originally hoping to see a legendary Pokémon that had not made its appearance in the mobile game yet. Niantic gave no hints about what Pokémon would appear in this event, so we’re not too disappointed by this. Because Regigigas was fairly exclusive before, it’s a good opportunity for players who never had the chance before due to Regigigas being hidden behind a paid-wall ticket.

Pokémon Go’s solstice-themed event goes from June 17 to 20, and Regigigas will be leaving after the event.