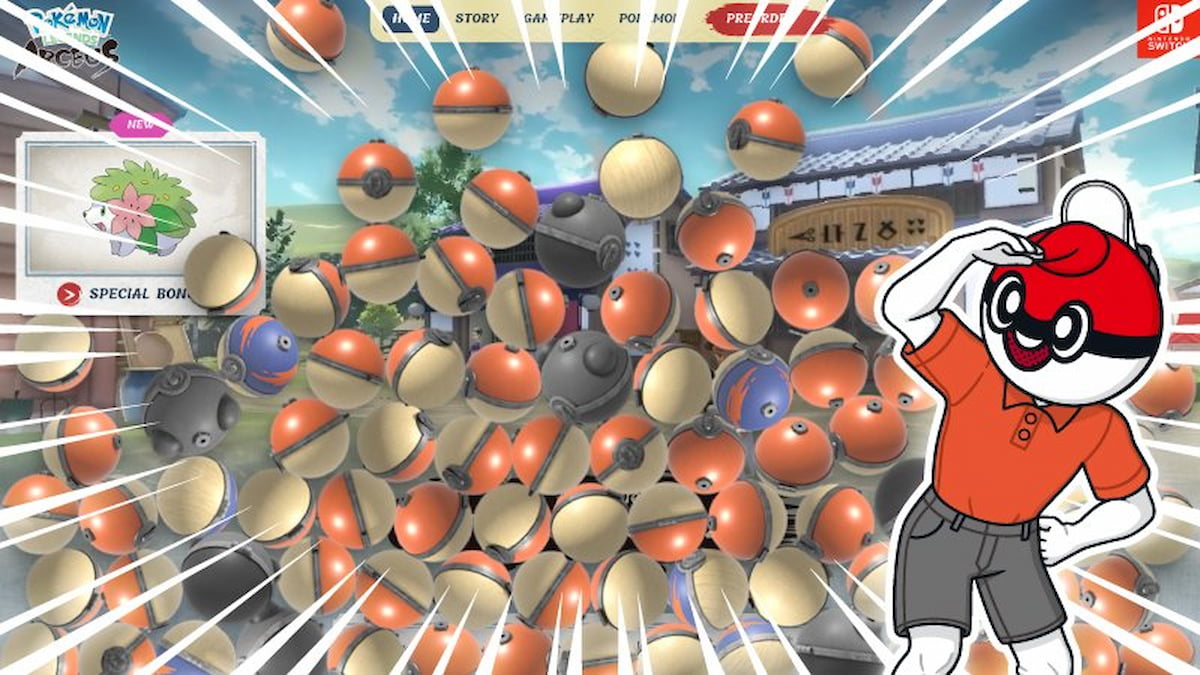 Pokémon Legends: Arceus will take players back through time to the Hisuian region before it becomes Sinnoh, and because players will be going back in time there will be a variety of unique Pokémon forms for everyone to catch. Right now, the Pokémon Company is teasing on their twitter channel of surprise players can find by collecting all of the Poké Balls dropped by the ball guy, and many believe it could be hinting at a Hisuian Voltorb

When you click the link provided by the Pokémon twitter page, you’ll head on over to the Pokémon Legends: Arceus page and your screen will be covered in Poké Balls. Your goal is to collect them all to discover a surprise, but if you click the wrong one, the Poké Ball explodes, starting your progress over.

If a player collects all of the Poké Balls on the screen without causing an explosion, a surprise is supposed to be revealed. Many believe this will reveal the Hisuian Voltorb form that several players have been circulating with rumors for the past few months. While we have no explicit confirmation of this, given these Poké Balls are all of the news from Pokémon Legends: Arceus, it’s incredibly likely.

Given the previous Pokémon teases by the company, we can expect to hear the official news tomorrow morning, if not sooner.