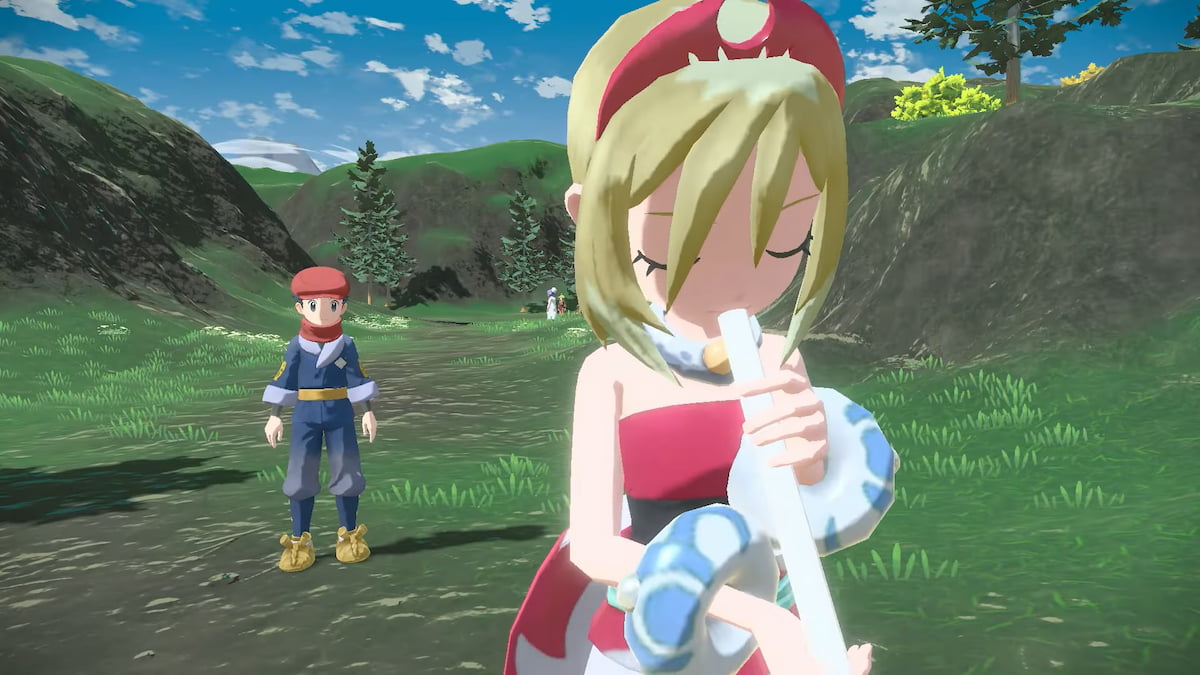 In a brand new Pokémon Legends: Arceus trailer, we catch a glimpse of the Ginkgo Guild, a group that wanders the Hisui Region selling wares to trainers and other villagers. We also see the presence of two unique clans, the Diamond and Pearl Clan, and their leaders, Adaman and Irida, respectively. We can also confirm that the mythical Pokémon, Darkrai, will be available for players to catch in the game.

Players will be able to catch Darkrai, the mythical Pokémon from the Pokémon Diamond and Pearl series, through a unique research request that occurs in the game. But they have to have a play record on their Nintendo Switch from the Pokémon Brilliant Diamond and Shining Pearl games. So long as you’ve played the game and have saved data on your Switch, you can grab this special research to encounter Darkrai. We don’t see Darkrai in the trailer, but its presence has been confirmed by the Pokémon website.

The Diamond and Pearl clans, while differing opinions are mirrors of each other. They pay respects to specific Noble Pokémon, with each clan having a Pokémon warden protecting them, which means we can expect multiple Noble Pokémon to appear in the game, and these might be another Hisuian form Pokémon, similar to Kleavor.

Although the Ginkgo Guild is not native to Hisui, they assist the region by regularly traveling throughout it and ensuring the trainers and villagers are well supplied. As a result, these individuals are likely to be a consistent part of the game and extremely helpful.

With the confirmation of Darkrai, we’re keen to learn what other exclusive Pokémon players will be able to encounter, along with what other mythical Pokémon might be returning to Pokémon Legends: Arceus.