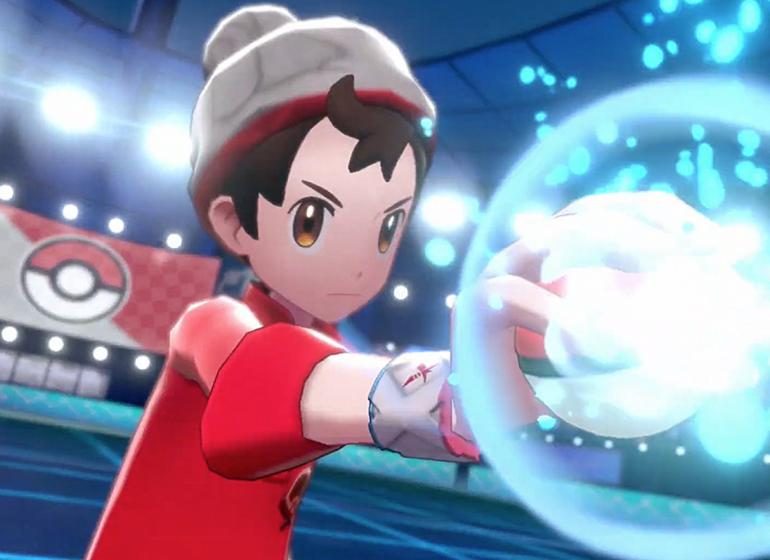 With dozens of new characters introduced in Pokémon Sword and Shield, including several new Gym Leaders and supporting characters, there is one specific character that sticks out in fans’ eyes. The characters like Nessa and Oleana have become popular among fans because of their attractive designs; Ball Guy has secretly become one of the most popular characters in the games due to how weird he is.

Ball Guy is the official mascot of the Galar Region, and he can be spotted in every stadium – a fairly tall man that wears a standard red polo shirt and grey shorts. He also wears a giant Poké Ball on his head with eyes on it, and his skin appears to be white (though that could be a part of his costume). He will hand out special Poké Balls to players if they come and talk to him.

Ball Guy is such an oddball character (pun intended) in the games that he stands out. With that said, the fandom has embraced the oddity that he is. He even has his own Twitter account – @poke_times.

In a piece published by Nintendo Life, the @poke_times has shared two codes that will give players six special Poké Balls. The codes are meant to be celebrating the 2000 and more tweets that used the Ball Guy hashtag, at least according to Nintendo Life’s translation.

The first code is K0UN1NMASC0T, and it does work in the US region. We tried it out and received the gift Poké Balls. To use the code, select the Mystery Gift options in the main menu. From there, select Get a Mystery Gift, and after that, pick Get with Code/Password. You’ll then have to put in the code to get your free Poké Balls.

For putting in the code, you are rewarded with three special Poké Balls.

The second, as is 1YAHAYA. Entering this code will reward with the following three special Poké Balls:

There is a third and final special code as well, according to the details shared by Serebii on Twitter. Redeem it until Jan. 15, 2020 and get access to Love Ball, Friend Ball, and Dream Ball.

Serebii Update: The final special code for Poké Balls in Pokémon Sword and Shield has been revealed: