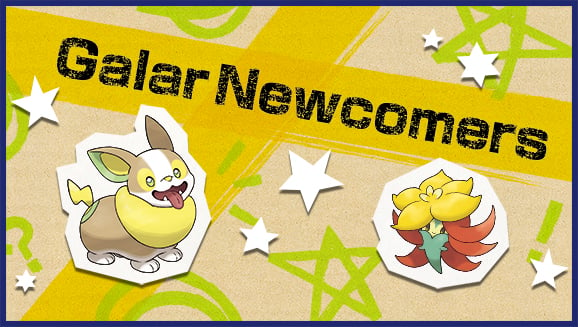 Time to get your game face on and get ready to train your best new Pokémon from Sword and Shield. Players can now register a new online competition in Sword and Shield that will only accept Pokémon introduced in the Galar region.

The second Online Competition in Pokémon Sword and Shield is titled the Galar Newcomers. It will be a Double Battle competition, and only Pokémon first discovered in the Galar region will be permitted to enter. Galarian forms of older Pokémon, like Galarian Rapidash or Galarian Meowth, are also accepted in this upcoming tournament.

Registration for the next #PokemonSwordShield Online Competition, Galar Newcomers, is now open! Prepare a team of your newest allies from Galar—this is their time to shine!

Read up on details and register before the competition starts later this month: https://t.co/T2iUYepxDk pic.twitter.com/cx4q7NfUeA

The sign-up period will last until Jan. 30, and the competition will begin that same day, through Feb. 2.

To register the competition, gamers will need to the enter the VS menu in their copy of Sword or Shield. They then need to select the Battle Stadium option; from there they need to pick Online Competitions, and after that pick the Search Official Competitions. Players should than be able to see the Galar Newcomers as a potential option.

Related: Here Are All the Returning Pokémon From the Sword and Shield DLC Trailer

As part of the rules for the Online Competitions and Ranked Battles, no two Pokémon in your battle team can hold the same item. All competing Pokémon will be at level 50 for the duration of every battle. Particular Pokémon will not be allowed to join the competition, with the Legendary Pokémon Zacian and Zamazenta being directly stated as being excluded.

With 78 new non-Legendary Pokémon introduced in Galar, plus 13 regional forms, potential competitors will have a lot to choose from. Read out list of the best Pokémon in Sword and Shield. We included mostly older Pokémon, but there are still plenty of Galar Pokémon for you to decide on.