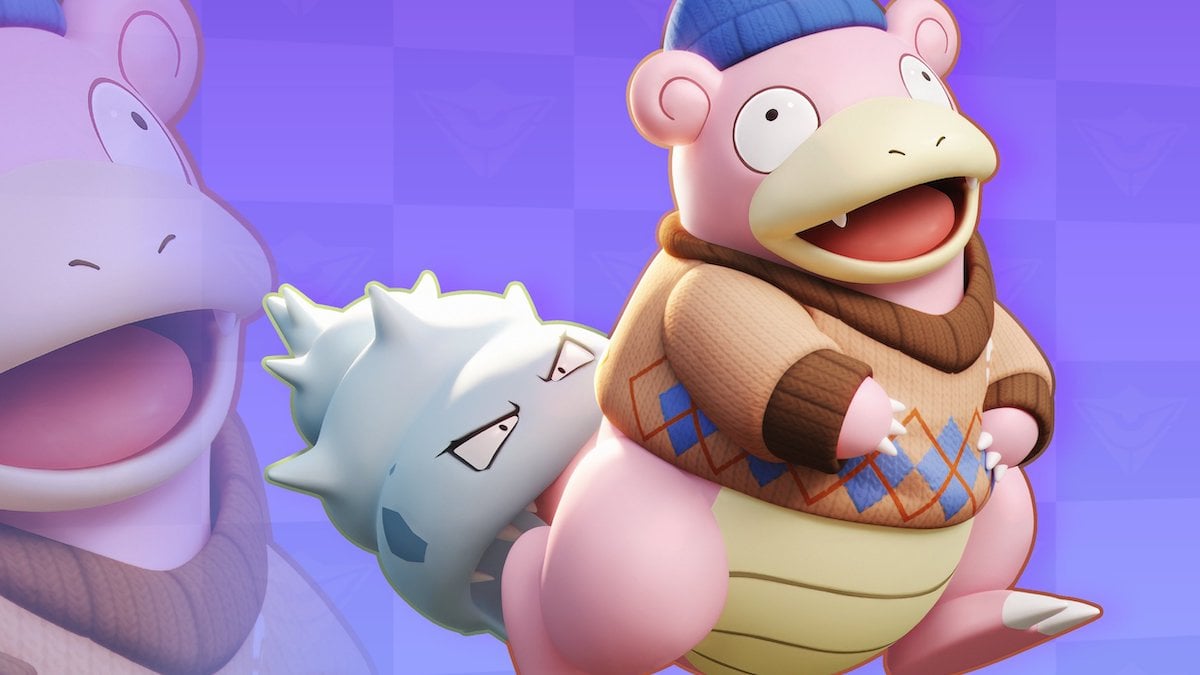 In a surprise announcement on Twitter this afternoon, Pokémon Unite bequeathed yet another adorable Holowear skin to Slowbro. The new “Bonfire Style” Holowear became available in-game immediately and features Slowbro looking very cozy in a beanie and argyle sweater.

Pokémon Unite’s Twitter announcement, made on September 30, celebrates the new outfit as “just in time for the first day of fall.” This is despite the autumn equinox actually having already occurred on September 22. Slowbro has already received a “Training Style” summer-themed outfit, with sunglasses and a towel draped around its neck, relatively late in the season.

Holowear is an optional skin that alters the appearance of a Pokémon during gameplay. While Holowear doesn’t offer any gameplay advantages, the fun, creative outfits are popular with players. Holowear can only be purchased through Holowear Tickets (which are received through luck as an Energy Reward) or Aeos Gems (which require real-world money). Slowbro’s “Bonfire Style” is already available in Zirco Trading for 350 Aeos Gems. “Bonfire Style” is not currently tradable for Holowear Tickets — although Slowbro’s “Training Style” outfit is.

Part of what makes this Holowear announcement so surprising is that on September 26, the Pokémon Unite team announced the first Holowear for Alolan Nintetails several days ahead of its in-game release. The new Alolan Ninetails Holowear will release tomorrow, October 1.