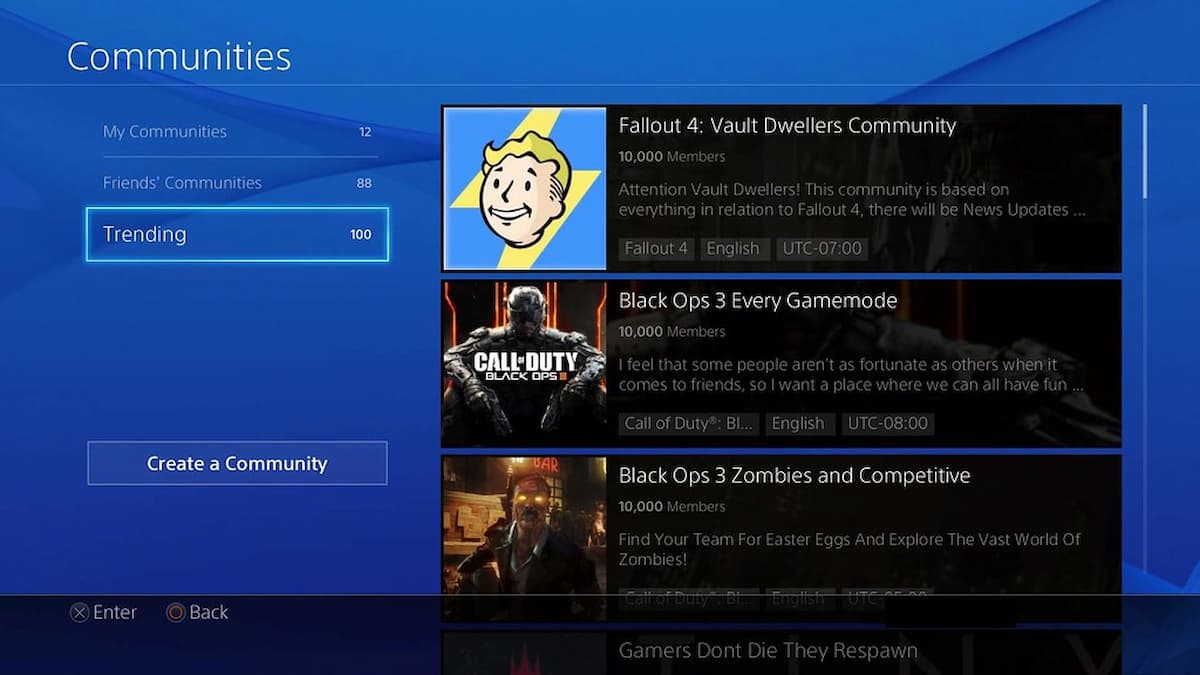 According to MP1st, the long-awaited update 8.50 for PlayStation 4 is officially in its beta stages and will likely release sometime before the summer. Although it has been revealed to deliver a few key additions, the patch will reportedly remove one of the console’s biggest cooperative facets: PSN Communities.

Update 8.50 will be highlighted by a new “Request to Join” feature in the Game Sessions page, with the game leader immediately being able to send an invite to the player directly after. It is also adding an option for users to go undetected online when playing a game they’ve hidden from their trophy list.

Maybe most importantly for some, the patch will finally allow for notifications from group messaging to be turned on or off — better late than never, we suppose.

As for Communities, it was first introduced alongside the PS4 in 2014 and offered users the option to join game-centric chat groups. Although it wasn’t the most well-received function on the platform, it ultimately lent PS4 owners the much-needed tool of finding and communicating with possible co-op players for even the smallest titles.

Communities was first rumored to be discontinued last October when update 8.00 removed the ability to create new groups. Unfortunately, it doesn’t look like existing groups will last long either, as Communities isn’t even present on PS5 — at least for now.