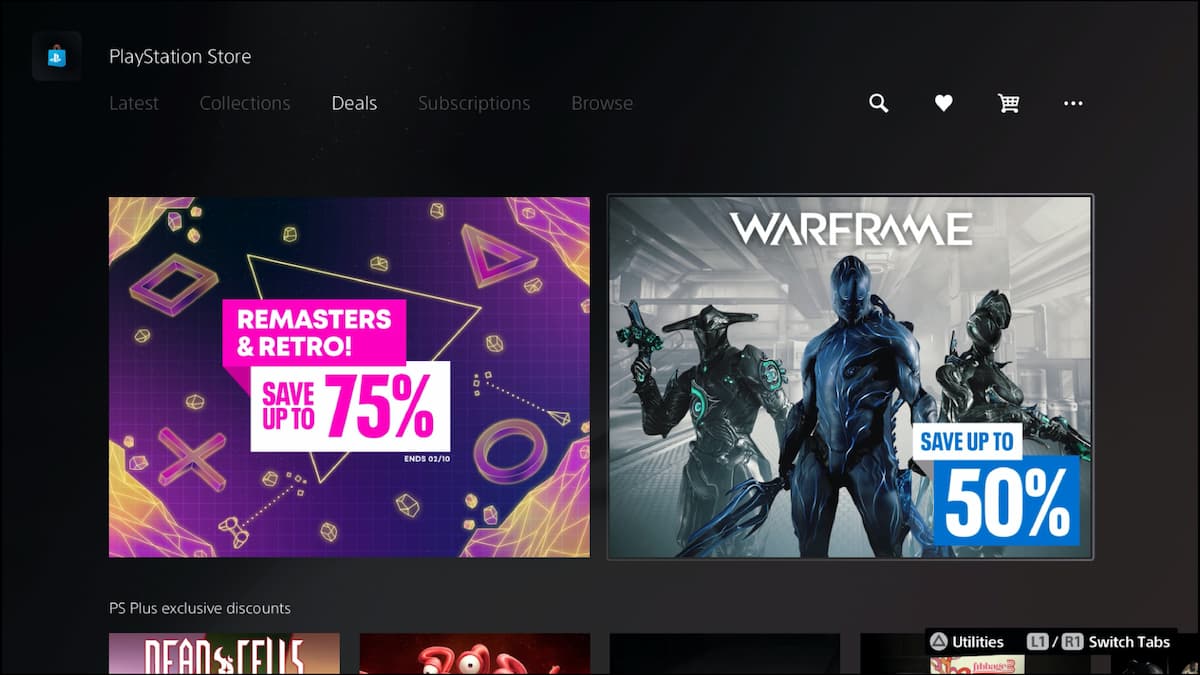 The madness of sifting through the PS5’s PlayStation Store with no direction to what’s on sale is finally over. After being live for more than two months, the console’s digital marketplace has just now added the heavily-requested Deals section, with backwards compatibility in mind.

With this inclusion, those on the next-gen console can directly discover the feature from the store’s menu tabs. As it is incredibly rare for PS5 games to already go on sale, this new section does thankfully spotlight deals centered around PS4 titles and those with the deepest discounts. For PS Plus subscribers, the feature also gives the benefit of seeing what exclusive offers are available to them.

Previously, as many angry Redditors pointed out after launch, PS4 games that were on sale would only list their markdown prices if players browsed all of the over 2000 games on the store with no filters applied. Thus, the new move by PlayStation won’t just save players money, but a whole lot of time, too.