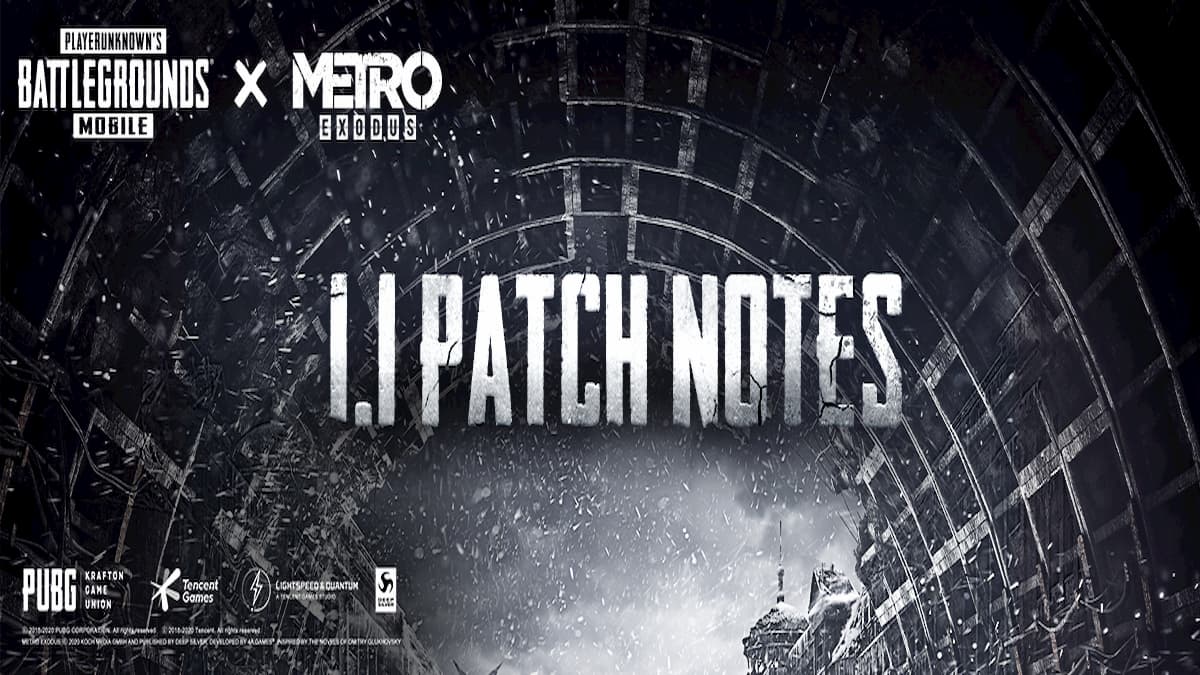 PUBG Mobile 1.1 Update is set to hit the global servers on November 10, 2020, and patch notes of the upcoming update are officially released. The upcoming update will be based on the crossover theme with Metro Exodus and will add Metro Royale Mode, Black Market, Loadout Inventory, and more.

The update will be available to download from Google Play Store for Android devices and Apple App Store for iOS devices. The update will start to roll out at 23:00 UTC and will be fully rolled out by 03:00 UTC for all the users.

It is advised to update the game to its latest version as soon as possible, as players on different versions will not be able to invite each other. Here are the complete patch notes of PUBG Mobile 1.1 Update:

To ensure that everyone experiences less network lag and has a better gaming environment, players will be unable to switch servers at will from Season 16 on. The Switch Server function will be moved to the System Settings screen, and after changing their server, players will need to wait 60 days before they can change it again.