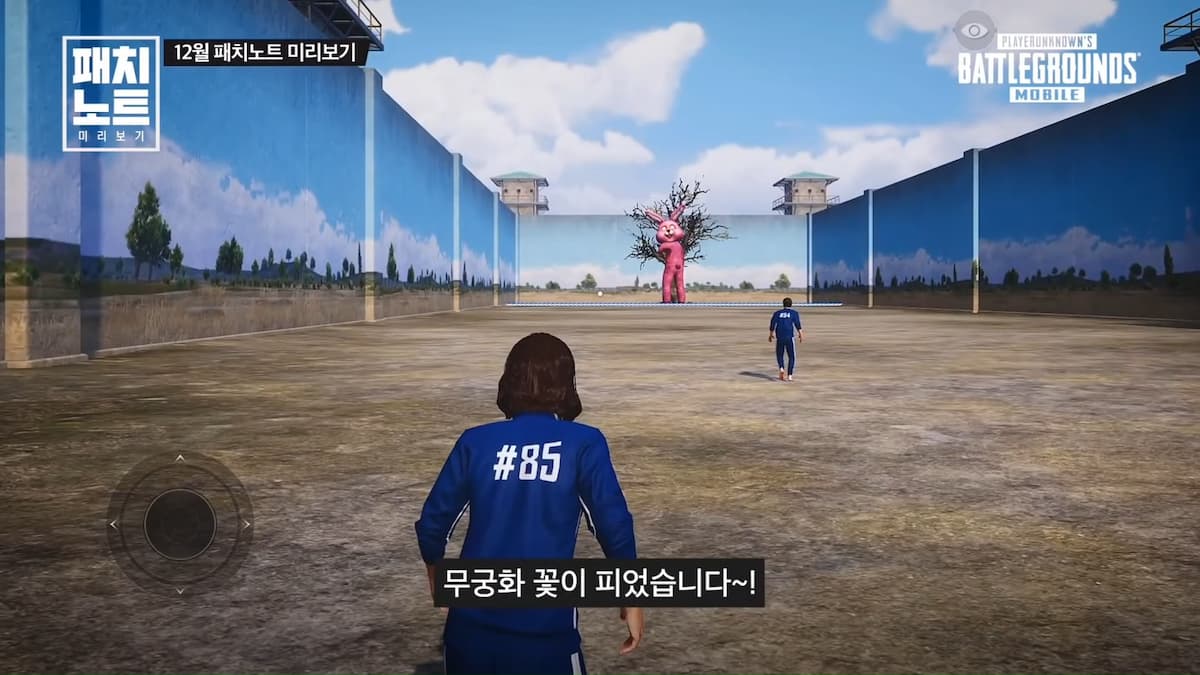 PUBG Mobile is rumored to soon have a crossover with Netflix’s most popular series, Squid Game. As per the leaks, the crossover will feature a Squid Game arcade mode called Death Rabbit Survival mode, based on the first game of the series Red Light, Green Light.

If you haven’t watched the series yet, Red Light, Green Light is a game in which the players stand on one end of the area with a big, robotic doll on the other side of the field. The doll will turn her head toward the tree behind her and sing a song. While she is singing, players will start running toward her end.

However, they will have to stop running and not move even slightly when she stops singing and turns her head toward the players. The players who fail to do so are shot to death. The objective is, as you might expect, to cross the line marked at the doll’s end before time runs out.

In PUBG Mobile, a giant bunny will replace the doll, and players will be spawned with an outfit similar to Squid Game characters. There will be a total of 100 players in the lobby, and the objective will exactly be the same as that of the original series.

However, unlike Squid Game, this mode will not be just about survival. In order to win the match, you will have to cross the finish line before everyone else. The exciting thing about the Death Rabbit Survival mode arriving in PUBG Mobile is that you will also be able to play it with your friends in custom rooms.