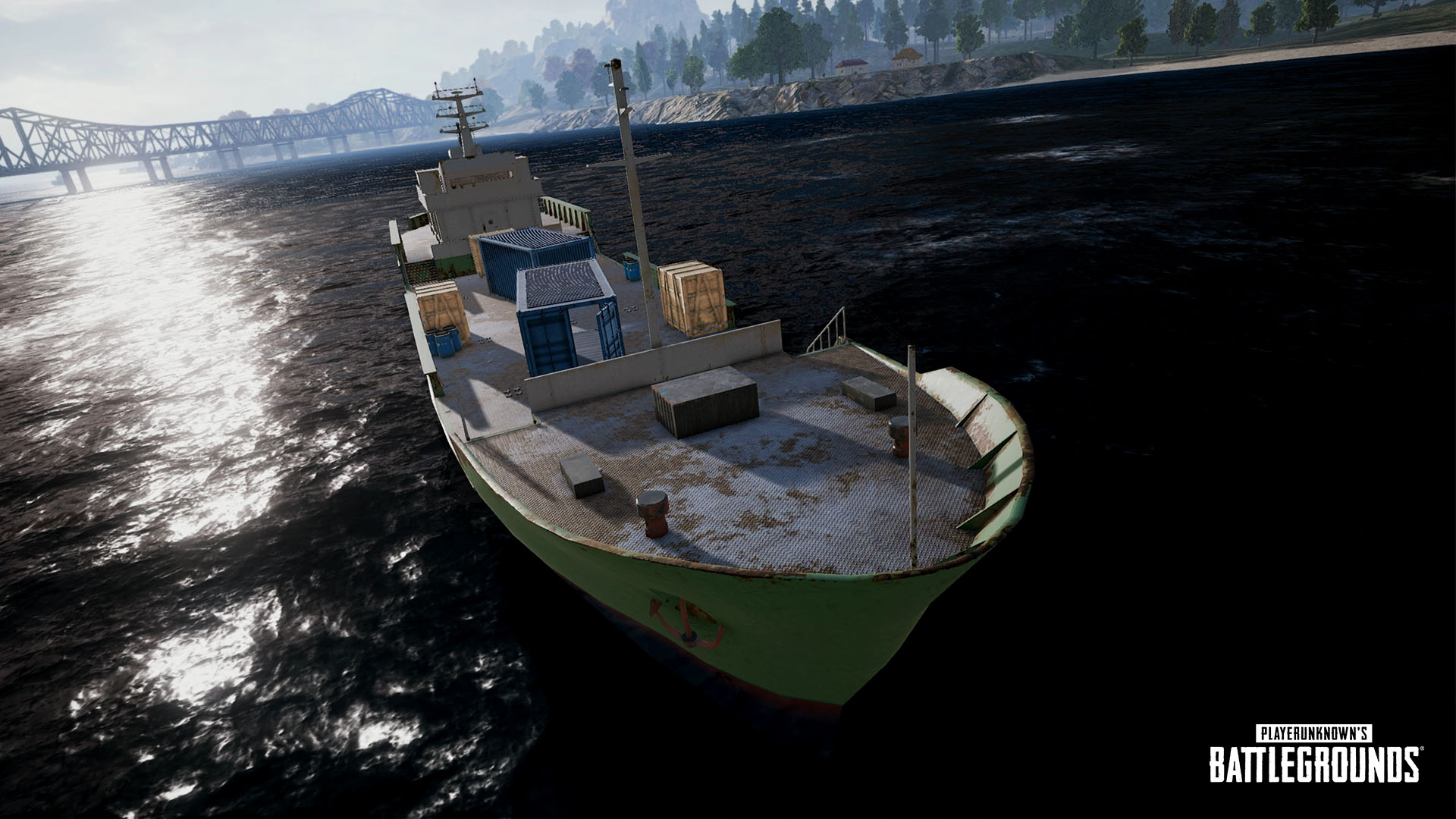 As Season 8 of PlayerUnknown’s Battlegrounds is coming to a close, a new patch brings along some exciting changes to the game that will not only boost performance, but will be implementing a few unique changes to how the battle royale is played. Aside from in-game material, this new 8.3 update also facelifts the look of the store and packs it with some new, never-too-early Halloween skins.

During the recent season, fans have seen docks structured all around the seaside of Erangel. Turns out, these were for the debut of four ferries that will circle back and forth from Erangel to Sosnovka. It’s not the only major addition, as players can now avoid the Blue Zone collapsing in for a period of time, with the an attachable Jammer Pack.

In terms of gameplay, the HUD will now feature a visual indication that lets you know when squadmates are being shot at. This function will be usable for not only matches played with friends, but also with strangers who may not have a headset to communicate what they see.

According to its press release, the game is also receiving redesigned Store and Social pages that make it easier to navigate with ease. However, the biggest kicker is the addition of dozens of new skins, especially Halloween inclusions. Many of the holiday skins will be those returning from past years’ iterations, but some will be given added design features.

Lastly, and most importantly, PUBG Corp. is tackling a handful of recent problems in-game that have been affecting performance and connectivity. For instance, boats will no longer spawn on top of docks and those spawning won’t face game-breaking stuttering.

The 8.3 update is currently live on the game’s Test Server, and those interested in the massive collection of changes can see the major changes below and check out the developer’s site for more details.