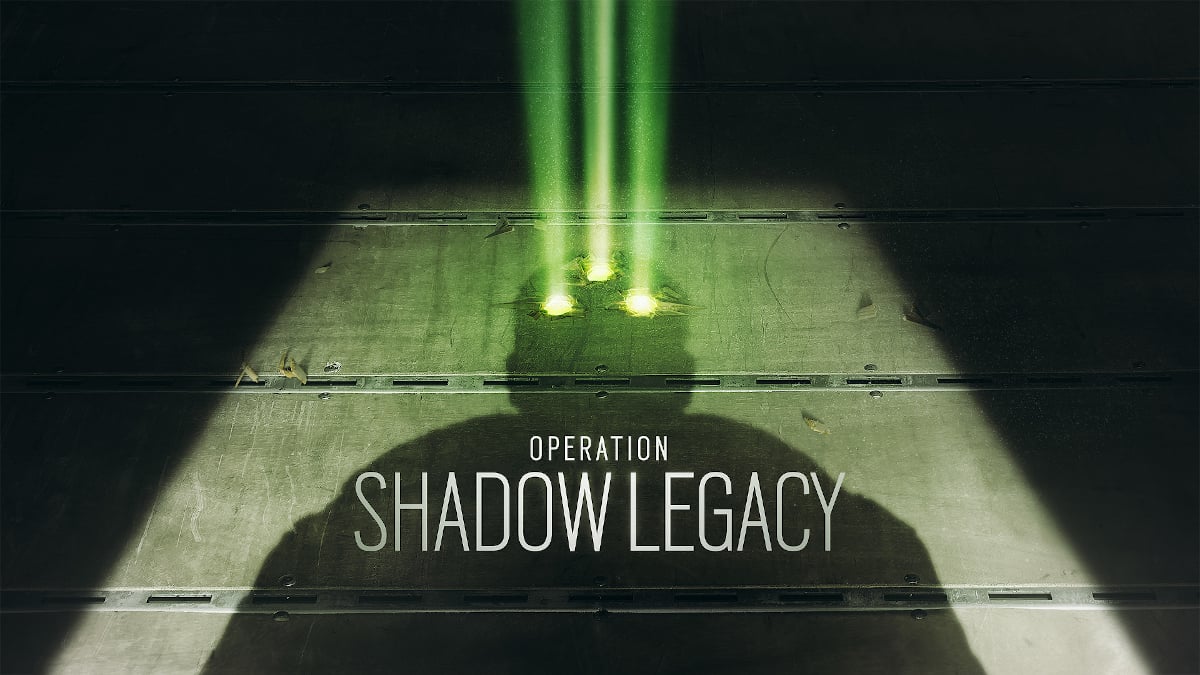 Ubisoft had teased that Operation: Shadow Legacy would drop earlier than anticipated. Over the last 24 hours, Ubisoft has posted teasers that the old Operation bundle would expire on September 9, hinting that Shadow Legacy’s arrival is due. On the other hand, the game’s official Twitter account mentioned that a patch is going live on September 10 for consoles and PC. This only ever happens when the new content patch is due out.

Ubisoft referred to this patch, strangely, as a data repackaging, making it a bigger than a normal patch. However, this data repackaging has brought with it the new Operation.

The new patch brings with a list of new features including the much anticipated Sam Fisher — AKA Zero, the latest Rainbow Six Operator. Sam Fisher is an attacking operator that uses infiltration tactics to secure his team an advantage. His gadget is called the Argus Launcher, which fires cameras onto or through surfaces. He can switch to those cameras and zap electronics and gadgets to take them out. However, like Sam Fisher in Splinter Cell, he must do it at the right moment; otherwise, his opponents will catch on and destroy his gadget.

The other significant gameplay features of the patch include the new weapon attachment system. Every gun has brand-new sights that aim to modernize the game while offering players their preference of playstyle. Previously, weapons were stuck with either an ACOG scope with the same zoom magnification, or 1x red dot, holo, or reflex. Now many weapons in the game have new sight options allowing players to switch up the gameplay like never before.

Finally, players who play Ranked or Unranked can look forward to the new map veto system. Players in those lobbies gain three map options. The map that has the least votes is the map for that lobby. Also, competitive players will have better communication with the new ping 2.0 system. Pings are much more clearer at communicating what exactly the ping has marked. Rainbow Six Siege is at its best when teams can coordinate, and that is what this system is for.

The new update coincidentally falls in line with the Ubisoft Forward event, which is scheduled for later in the day on September 10. Ubisoft Forward broadcasts are the new way for fans of Ubisoft titles to get involved with where Ubisoft is at with their titles. Perhaps Ubisoft plan on talking about Rainbow Six Siege some more in that same broadcast? Also, when was the last time we heard about Rainbow Six Quarantine?