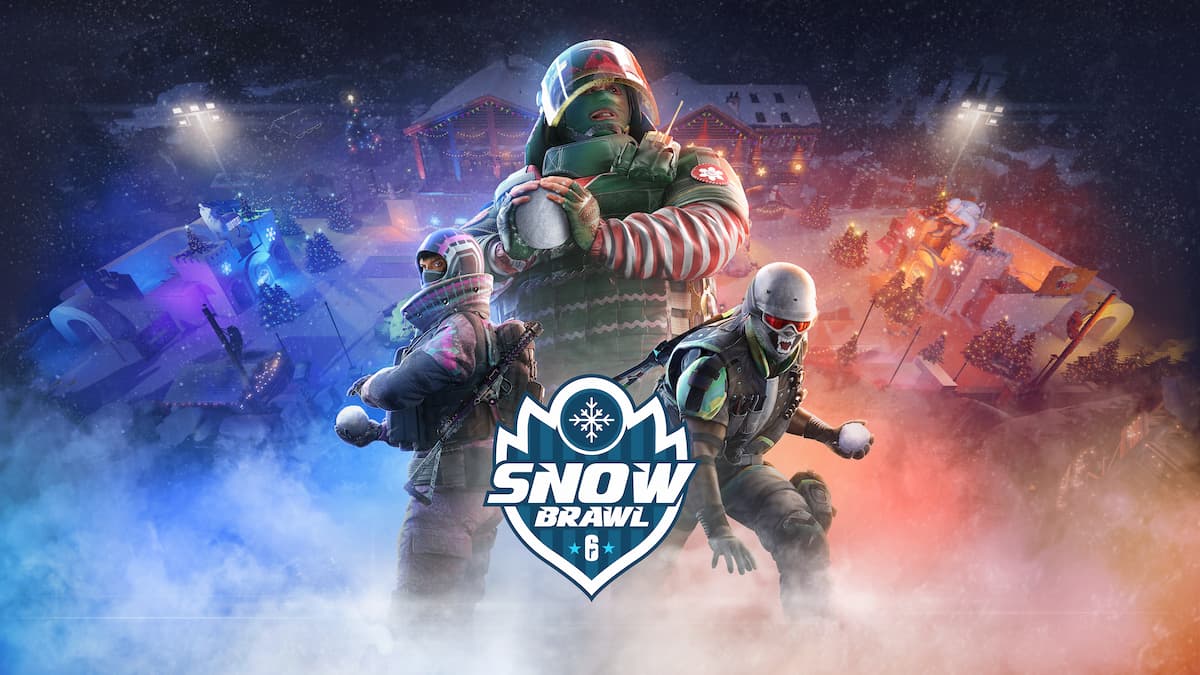 Rainbow Siege Six will become the latest game to get into the holiday spirit tomorrow when the Snow Brawl event gets underway. It introduces a snow-coated Capture the Flag mode to the FPS that will be available for the next three weeks before wrapping up on January 4.

The objective is to capture the opposing team’s flag before bringing it back to base to score a point. The twist to the usual formula is that players will step onto the battlefield armed with unlimited snowballs and the Snowblast Launcher. Hitting an enemy three times will send them to Respawn, while players can return flags to the base by picking them up after taking out the carrier.

Players will find several boosts scattered across the map that will prove useful when attacking or defending. They include running speed and rate of fire boosts, air jab ammo, and health packs. The matches will last for 10 minutes, and if the score is tied after the time elapses, the game will head into Sudden Death, with the first team to score securing the victory.

The mode will feature two teams with set Operators. The first is The Blue Blades, which includes Ash, Blackbeard, Buck, Montagne, and Osa. The second is called The Orange Blizzard and has Castle, Frost, Rook, Thorn, and Vigil on its roster.

Alongside the mode, the event brings The Snow Brawl Collection, which has 45 items, including uniforms, headgear, matching weapon skins, and operator card portraits. Players can get Snow Brawl Collection packs by completing challenges, spending 300 R6 Credits, or 12,500 Renown. One free pack is available simply for logging into Rainbow Six Siege whilst the event is underway.