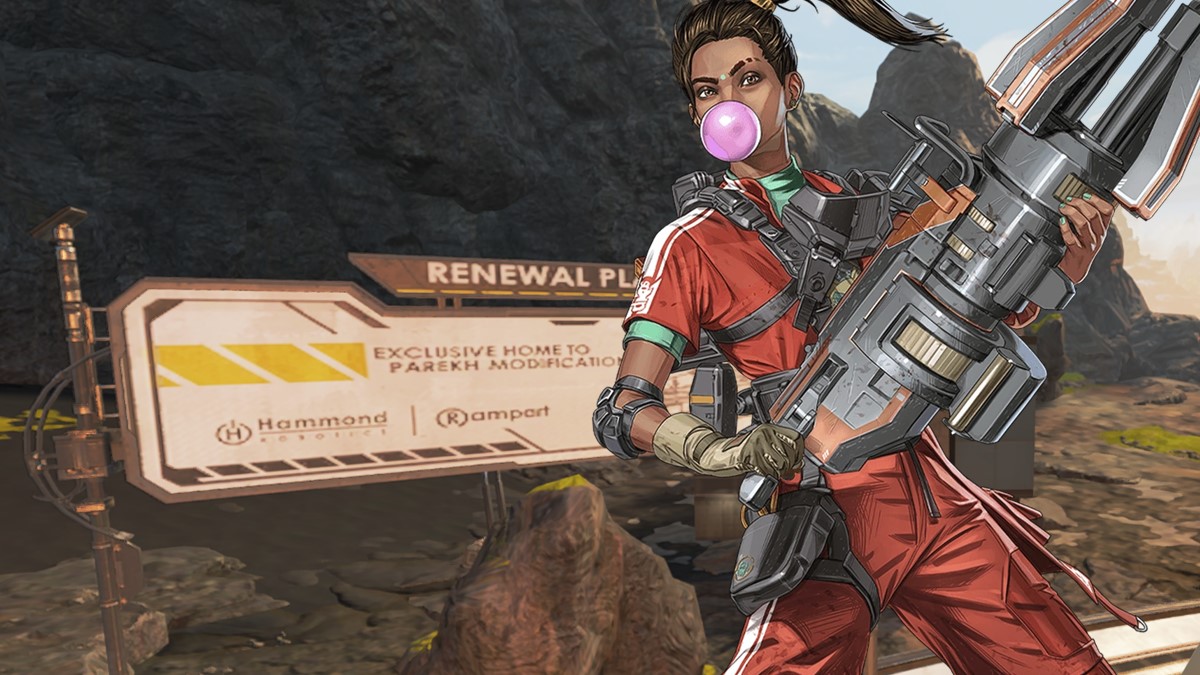 We are over a third of the way into Season 10 in Apex Legends, yet there still hasn’t been a major event for the season… But that is all going to change. The first major event for the season is coming to Apex Legend, and it is going to bring a new Town Takeover with it. It is Rampart’s Town Takeover, occurring on World’s Edge, and the first in-game teasers are already live.

A sign, both in-game and on the loading screen, reads: “Renewal Plaza […] Exclusive home to Parekh modifications […] Hammond Robotics […] Rampart”. Parekh, of course, being Rampart’s family name (Ramya Parekh). Lore-wise, not every Legend will be happy about Rampart working with Hammond Robotics, but gameplay-wise, we’re excited.

The Town Takeover, according to well-known Apex Legends leaker, Shrugtal, will include Rampart modified weapons, and may even bring the return of the Graffiti Mod. This hop-up that could turn the Spitfire into a paintball gun was seen last in Season 5 for one week as a part of the Always Be Closing Evolved Limited-Time Mode (LTM).

While the nature of the event has not yet been confirmed, there is a good chance that this event will be a collection event, due to the fact that Rampart files for an early build of Rampart’s heirloom were leaked awhile back.

The event itself will begin on September 14, and last for two weeks until September 28. The Town Takeover, though, per usual, will become a permanent part of the map.