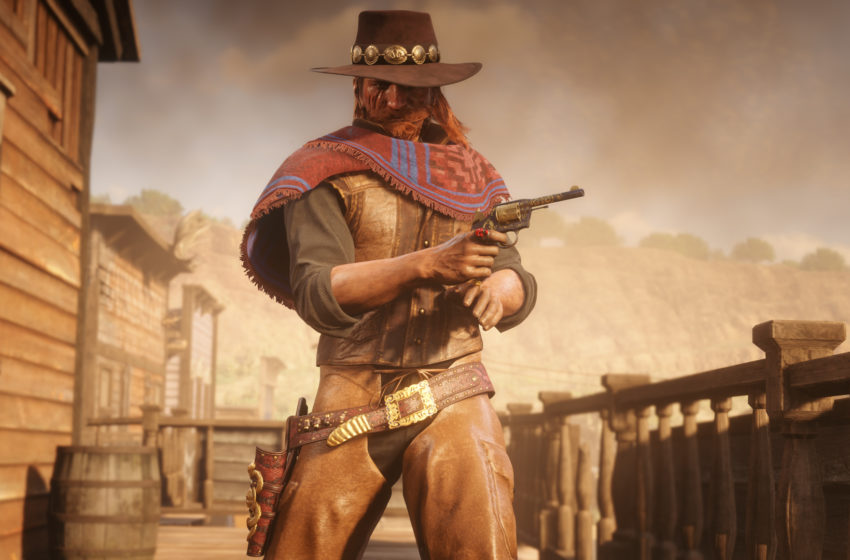 Red Dead Online will become a whole lot spookier when a major Halloween update arrives in the Fall, according to one Rockstar Games leaker.

Twitter user Rockstar_Actu has alleged that Red Dead Redemption 2‘s online multiplayer mode will get a significant patch in time for October’s festivities. According to Rockstar_Actu, “various things were found” in the files of Red Dead Online‘s Naturalist update, which pertain to a time-limited Halloween event.

A new Outlaw pass is believed to be launching in-game on Oct. 19. The current Outlaw Pass will end on this date, so there’s every chance that a new Season Pass will arrive as part of any suspected Halloween update.

Meanwhile, a new machete weapon will be much sought after by those players who want to unleash their inner Michael Myers in the Wild West, and a “special Halloween theme” will also be patched into the distillery bar.

The image posted alongside the tweet suggests that new cosmetics, such as scary horse masks and human eye patches, will be available to purchase. Other themed events, including taking photographs with a spooky scarecrow in front of terrifying backgrounds, also look like they’ll be added.

Unfortunately, the leak doesn’t indicate that an Undead Nightmare sequel, an often requested DLC by the game’s community, will be part of this apparent update. One comment made on a Red Dead Online Reddit thread claimed that zombie sounds were found to be part of the leak, but it’s unclear how they could be used in this potential patch.

Rockstar recently announced that more major updates would be coming to Red Dead Online and GTA 5 this year. Hopefully, it won’t be too long before we hear more about this potential Halloween update.