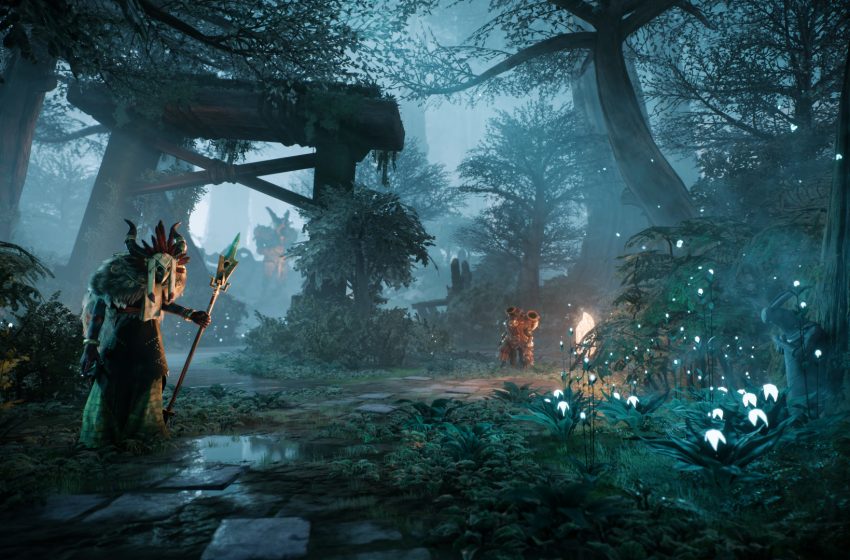 A substantial hotfix has been released for Remnant: From the Ashes across all platforms, so prepare to do some downloading before you go on your next Survival run. It’s bad news for the folks out there who have been stacking various life-steal effects, as the introduction of Siphoner has made things a little too powerful.

The Stone of Balance Trinket has also been found to be a little too strong after a recent buff, so it’s getting 3% knocked of its effectiveness to try and balance it out a little. Corrosion has also gotten a little nerf, due to the ease at which people were applying full stacks.

There are dozens of more changes included in the hotfix, and you can find them all listed below.

Life Steal is no longer impacted by Triage

DEVELOPER COMMENT: With the inclusion of the Siphoner trait, we found that certain Life Steal items were gaining far too much of a benefit. We removed the interaction but we’ve also increased the baseline Life Steal on some items to help balance them out.

Reworked how Flop Damage is calculated

DEVELOPER COMMENT: Flop is no longer impacted by Unarmed Melee Damage mod as part of a rework of how Flop Damage is calculated. With the previous system it was difficult to produce Unarmed Melee Damage equipment that generated a fun to play flop build and balanced Unarmed build at the same time. In response to this change, Five Fingered Ring and Ring of the Unclean have been rebalanced. Five Fingered Ring has been shifted to open space for the Ring of the Unclean.

DEVELOPER COMMENT: After making changes to how Corrision worked, we found that it became a bit too easy to apply. We left the application mostly the same (RIP Hive Cannon Primary) but reduced the total number of stacks from 6 to 5.

Implemented a fix for Hard Bargain to properly trigger

DEVELOPER COMMENT: Some wires got crossed. We uncrossed them!

DEVELOPER COMMENT: Since items auto-equip, players were often getting penalized without realizing it. The rings are still available via vendors (when they show up. We probably should have done this for Warlord’s Armor as well, but we didn’t… so be careful!

Fixed crash when interacting with a World Stone while equipped with Undying Mod and Labyrinth Armor.

Updated performance across the board.

DEVELOPER COMMENT: Stone of Balance launched at 10% and we eventually buffed it to 15%. It became a bit strong for how “easy” it was to wear (no real tradeoff). We feel a slight 3% adjustment was more than fair to keep it in line with other options that have a requirement.

Fixed damage scaling to work when proc’ed by summons

Ring of the Unclean

DEVELOPER COMMENT: Adjustments made in accordance with our new Flop/Unarmed math!

DEVELOPER COMMENT: Adjustments made in accordance with our new Flop/Unarmed math!

DEVELOPER COMMENT: Basically, the UI would appear to break for health regen items when Restriction Cord was worn. We fixed it.

Increased the invulnerability window from 0.5s to 1.5s

DEVELOPER COMMENT: Added an additional second of protection. Now you can actually survive back to back hits once it procs… but you better get to safety once it procs!

DEVELOPER COMMENT: A nice touch to synergize with the Scavenger set. However, you can also wear it without the armor set. It’s up to you. We don’t control you! Live your life!!!

DEVELOPER COMMENT: A bit stronger to make this a more appealing Amulet option.

DEVELOPER COMMENT: We increased this just a bit to make it more enticing. While not a massive change, it’s definitely noticeable. Give it a try!

DEVELOPER COMMENT: For how powerful Burden of the Follower’s primary effect was, we felt the “Burden” wasn’t strong enough, so we increased it. We still feel this ring is crazy powerful.

DEVELOPER COMMENT: With the recent reworks to Armors, we felt that Cultist was lacking just a bit since it didn’t increase damage and the max 60% duration buff just wasn’t enough to motivate players to wear it. At 100%, it provides a very tangible benefit, and even the 1pc and 2pc bonuses are nicer!

DEVELOPER COMMENT: You earned the buff. You should keep it.

DEVELOPER COMMENT: While it’s no longer specifically a “Deathwish”, it’s a bit more fair to players that often found themselves in scenarios where they no longer had enemies to heal from. With death off the table, we reduced the damage buff slightly to compensate.

Regrowth Set Bonus: Reduced stack removal on damage from 5 to 1

DEVELOPER COMMENT: Removing 5 stacks at once felt a little too penalizing. This should make the armor a bit more viable and a lot more lenient.

Salvager Set Bonus:
Reduced stack removal on damage from 5 to 1

DEVELOPER COMMENT: Like Twisted, we reduced the penalty from being hit considerably. We also changed it so stacks wear off one at a time instead of all at once. This should make Scavenger much more viable and way more appealing. Plus, it looks so sweet!

DEVELOPER COMMENT: No functionality adjustments… we simply fixed a bug behind the scenes.

DEVELOPER COMMENT: Previous text referred to this weapon as having high recoil. We removed that text and also added text that reflects the more quiet behavior (compared to other weapons).

DEVELOPER COMMENT: After the 2923 patch, the Hive Cannon became ubiquitous in almost every build at the highest level. We wanted to promote a bit more variety, so we kept its “theme” but reduced how easy it was to instantly apply 6 stacks (now 5). This should bring it more in line with other weapons.

Tentacle Shot: Increased the baseline regen per hit from 1.25 to 4.5 to compensate for loss of Triage

DEVELOPER COMMENT: Since the Tentacles don’t change location, we felt it would be more appropriate if they rewarded more health for controlling an area. The increase was partially due to the Triage fix and partially due to just making it better overall.

DEVELOPER COMMENT: Flame Puddles were doing 5 damage base. They now deal considerably more damage (as intended). Give it a try!

Fusion Cannon: Fixed an issue causing the beam to fire in incorrect directions

DEVELOPER COMMENT: Previously, the muzzle point would aim towards the reticule. At close range this was making the shot aim more to the right and up so if you had multiple enemies lined up it would only hit the enemy in the front (not the enemies behind because the front enemy was pulling the trajectory to the right in an extreme way). It now shoots out from the gun’s aiming direction which makes it work at all distances… you know, how we intended!