In an interview with Famitsu, as translated from Japanese by Siliconera, Capcom’s producers Masachika Kawata and Peter J. Fabiano revealed more details about Resident Evil 3, including that the remake is set to feature “more rearranged elements” compared to Resident Evil 2.

The game is said to be more “action” oriented in comparison with the previous game, as hinted a few weeks ago, where the theme was “the fear of zombies.” As a reaction to this switch, Jill’s costumes design had to be changed so that it “doesn’t look uncomfortable” during fights.

Among the elements that were “rearranged” the most, we can find the B.O.W. Nemesis “as a new weapon” that players will meet throughout their journey in Raccoon City. The story will also offer “a fresh new take,” mainly in response to those “added rearrangements,” so even if you are familiar with the original game, you’ll have several surprises.

As for Carlos, Capcom not only worked on a new appearance for this character but also on his personality; he’ll like “joking around and talking idly,” but will still kind with Jill and other allies of the U.B.C.S. faction. For what matters Brad Vickers, the developer didn’t reveal much as “we want you to see him in the game,” but we’re told that “circumstances have changed a bit,” so he will be one of those surprises mentioned above.

About the development of the game, the work is around 90% complete and that there won’t be any delay even if the release date was only shared last December. While both based on the themes of escape, Resident Evil 3 and Resident Evil Resistance, its multiplayer mode, are not related and are being made as completely standalone from each other.

Resident Evil 3 is launching on April 3, 2020. Differently from the 2019’s remake of Resident Evil 2, it’s being co-developed with an external partner, and that would explain how it was possible to have it almost ready so fast.

Is Gallade good in Pokémon Go?

Is Synchronoise good in Pokémon Go? 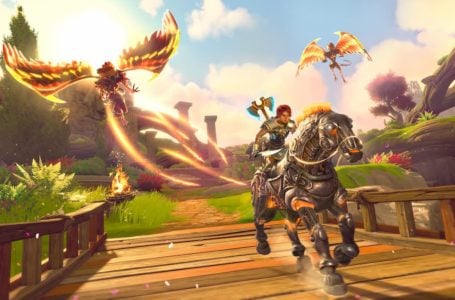 By ditching Immortals Fenyx Rising’s open-world exploration, the A New God DLC leaves us feeling not quite divine – Hands-on