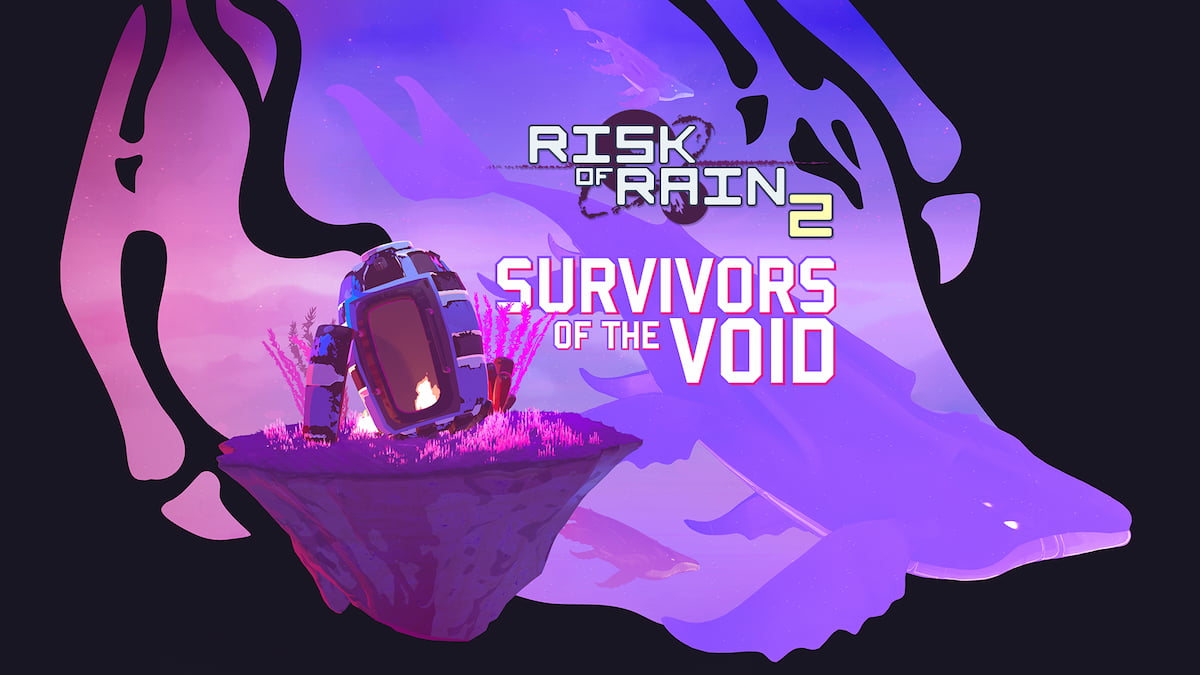 The first expansion for Risk of Rain 2 has been announced, and it’s called Survivors of the Void. The expansion is set to launch during the first quarter of 2022, available on PC first, but we’ll be expecting additional details about this update for consoles in the future.

A new mode is being added in Survivors of the Void called The Simulacrum. It’s a wave-based mode where you’ll be stuck in the Void simulation. You’ll be able to play this by yourself or with your friends, which features an endless battle against multiple enemies, using the many artifacts you’ve already discovered in your other Risk of Rain 2 runs.

Following each completed wave, a Void Potential appears, giving players the chance to select one of three available items to add to their kit before the next fight. In addition, you can compare scores with other players to see how long you can survive compared to them.

The two survivors coming in Survivors of the Void have not been revealed, but many can bet that unlocking them will involve completing specific challenges. These upcoming survivors will give you more ways to play the game, experiencing Risk of Rain 2 in a new way, melding with the others already available.

Players can check out the Survivors of the Void Steam page right now.