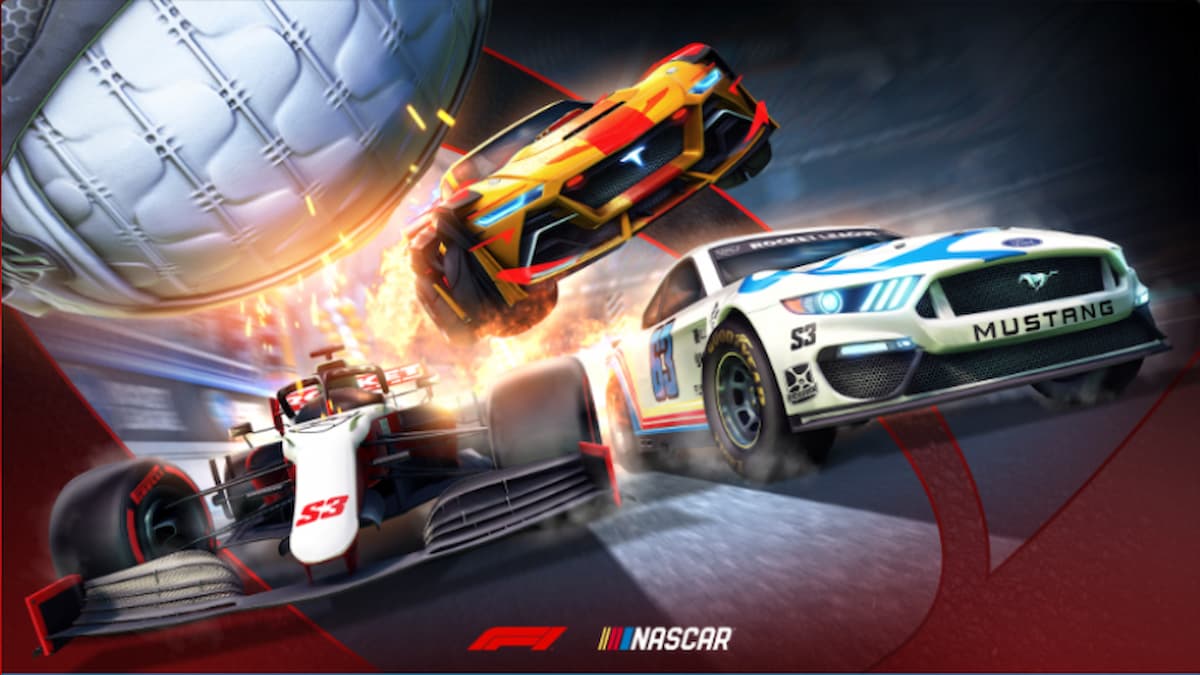 Rocket League Season 3 kicks off on April 7, including the eventual debut of NASCAR and Formula 1, two iconic auto racing brands who will be gearing up and racing throughout the upcoming season with their very own exclusive bundles.

Additionally, racers will be welcomed with a newly redesigned DFH Stadium (Circuit) Arena. The classic Arena will feature a track and many other core attractions found at any given NASCAR or Formula 1 race day event. DFH Stadium will be added to the Casual and Competitive Playlists and will be available for Private Matches and Freeplay at the beginning of the new Season.

In anticipation of the two iconic racing titans joining the fuel-ingested party for Season 3, Rocket League will be introducing a speed demon of their own: Tyranno, a brand new muscle car that’s gearing up to match the redlines of NASCAR and Formula 1. More details will be revealed during the full Rocket Pass reveal early next month.

As mentioned, Season 3 is fueling up for an April 7 start date. Once it gets underway, the new Competitive Season begins, and with it will come fresh Competitive Tournament Rewards for players to work towards. Season 2’s Rewards will be granted shortly after the upcoming anticipated season goes live.