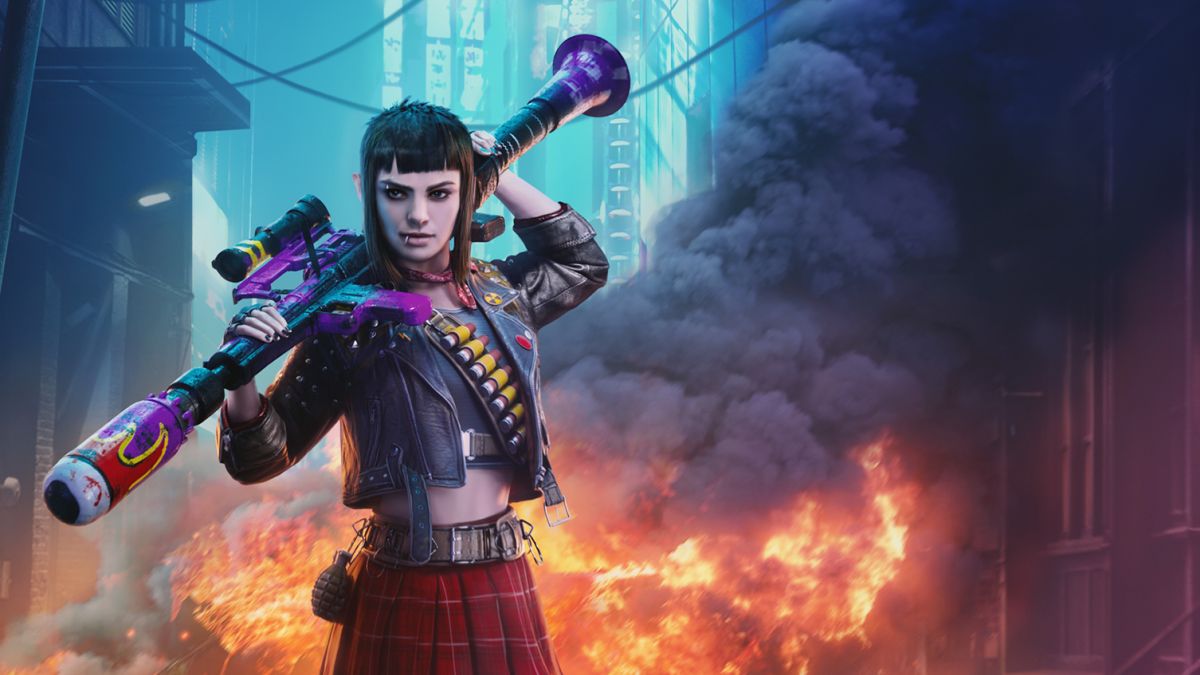 In the June 18 Rogue Company Update Show, players were introduced to Switchblade, the game’s newest playable character. Switchblade is a breacher class Rogue, which means she is designed to push enemy players out of cover and help her team take over a contested objective.

Switchblade has a very aggressive loadout of tools and abilities to fulfill her role, including Lancer’s 24S SMG and a passive movement speed buff that kicks in when she uses a gadget or ability. Her active ability is the Chaos Launcher — functioning similarly to Dima’s MIRV launcher, this single-use weapon creates a sizable explosion that sets the ground on fire for a short duration. The Chaos Launcher deals a much higher damage-over-time than Rogue Company’s regular Incendiary Grenades, and it forces opponents to either vacate the area or die.

Switchblade will advance Rogue Company’s in-universe narrative, which hasn’t really been a prominent feature of the game so far. That is set to change, as Rogue Company lead designer Scott Lussier noted in the Update Show. Rogue Company will soon add full bios for all playable Rogues, which will supplement the game’s story trailers in fleshing out the world of Rogue Company.

Switchblade will be added in the next big Rogue Company patch, which will arrive at the end of June. The patch will also introduce a lot of balance changes, the new limited-time modes and Season 2 of the Arms Dealer event.