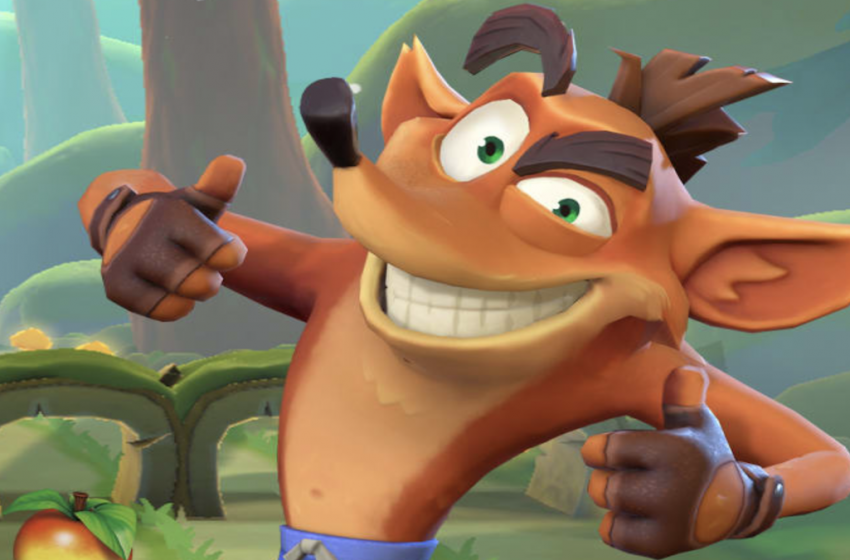 Now that most of Crash Bandicoot’s most celebrated games have gotten the remaster treatment (between N. Sane Trilogy and Crash Team Racing: Nitro-Fueled), what’s next for the iconic game hero? It looks like a mobile debut.

A Twitter account under the name of Jump Button recently revealed images from what appears to be a mobile Crash Bandicoot game produced by Activision’s King label. Some early screenshots also appeared, indicating that the game has a similar vibe to Sega’s Sonic Dash games.

The first image, posted below, looks like the static frame users will see on their phone when they install the game.

Next up, we get a look at the hero as he performs a wacky pose.

Then we get a look at gameplay. It appears to be an endless runner type of game, where players can switch tracks to avoid obstacles, collect fruit, and acquire power-ups.

There also appears to be an option to customize your home base. Though all the details aren’t precise here, it looks like you’ll need resources to help them grow. There’s no word yet if you can unlock the items by running through stages or if they need to be purchased via microtransactions.

Last but not least, there’s an image of Crash giving a confident thumbs up.

The Twitter account also reports that there’s a Brazilian website where users can get ready for when the game goes live. However, that appears to be the only product page up for the unnamed Crash Bandicoot adventure at the moment.

Neither Activision nor King have confirmed the game just yet. However, the screenshots look real; and Crash’s debut on the mobile market would make sense. It would attract both nostalgic and young players, and, with the right game design, it has an excellent opportunity to make the companies some serious money. Keep an eye on the mobile front, because Crash Bandicoot could drop in at any time.