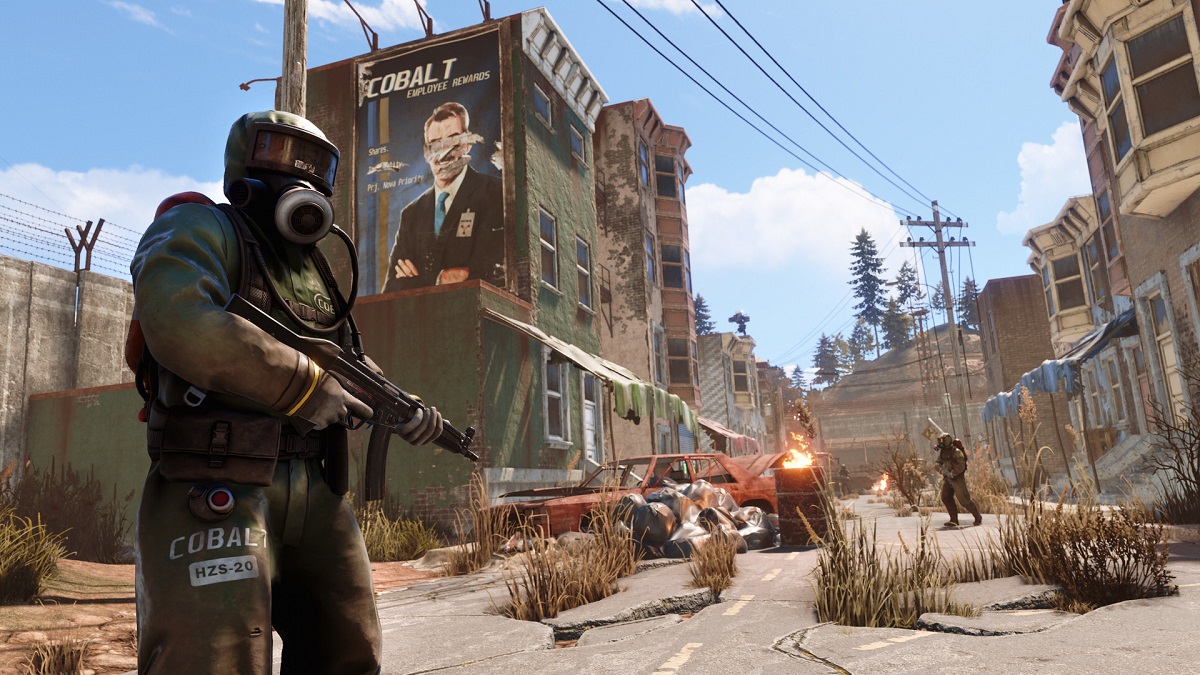 Rust Console Edition does not appear to be coming to PlayStation 5 or Xbox Series X, according to the game’s ESRB Ratings page.

The Entertainment Software Ratings Board page, which recently handed Rust a 17+ Mature rating for blood and violence, reveals that the survival title will only launch on PlayStation 4 and Xbox One. There’s no word on whether Rust Console Edition will utilize backwards compatibility features on PS5 or Xbox Series X, or if either port will be playable on these systems with in-game enhancements. For now, it’s safe to assume that Rust Console Edition will only be available to buy on last-gen consoles.

The console port of Facepunch’s multiplayer game was initially announced in November 2019, but a lack of updates on its development meant that Rust Console Edition would not arrive before the end of 2020. Rust Console Edition developer Double Eleven confirmed that the Covid-19 pandemic had a huge impact on making progress with the PS4 and Xbox One versions and hoped to announce a 2021 release date sometime soon.

Rust Console Edition’s ESRB rating comes in the wake of its renaissance on PC. Rust was the top-selling game on Steam for the week ending January 10, as shown by Senior analyst at Niko Partners Daniel Ahmad on Twitter, after it re-entered the top 10 around the festive period.

Rust has been catapulted back up the Steam charts due to its popularity among well-known streamers. Jacksepticeye, Myth, and BaboAbe are among the Twitch streamers who have helped Rust overtake the likes of Cyberpunk 2077 and post some impressive numbers to boot. As of January 8, 629,400 gamers were simultaneously playing Rust, and almost 800,000 Twitch drops had been snapped up by Twitch viewers.