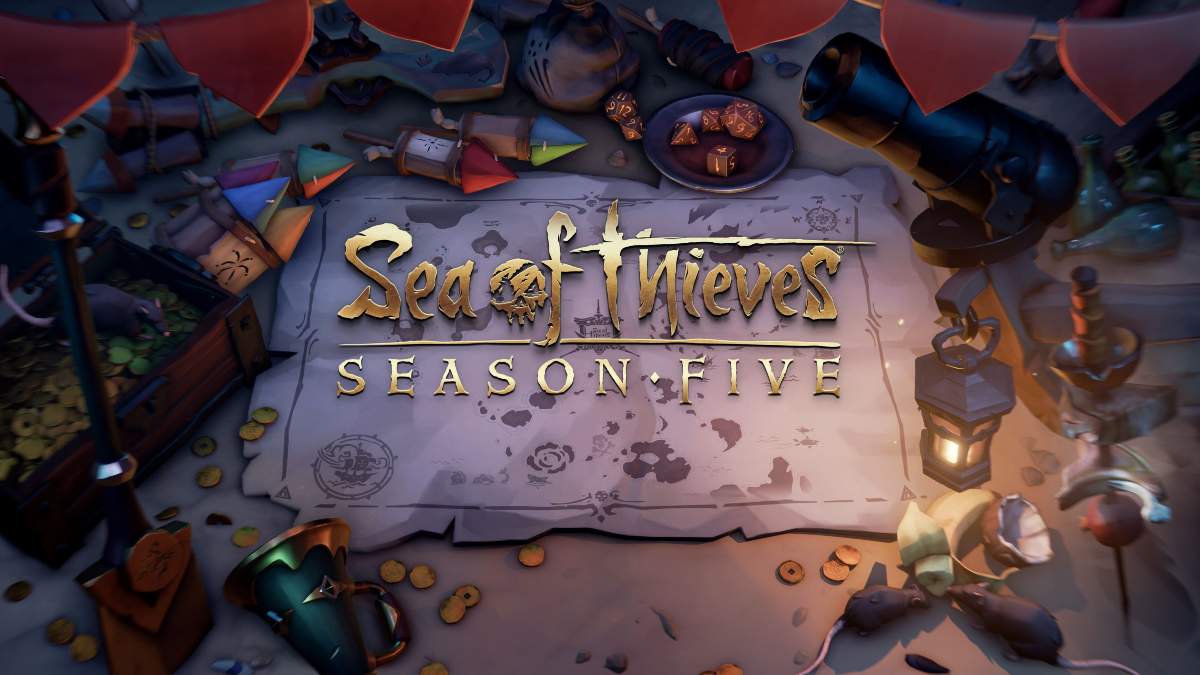 Rare has finally revealed that Sea of Thieves Season Five will start on December 2, less than three months after Season Four began on September 23. This news comes after Rare teased players for nearly a week with snippets of upcoming features that will launch alongside the Season Five update.

The release date was announced today in a tweet from Sea of Thieves‘ official Twitter account. The post also includes what appears to be Season Five’s upcoming title screen that players will see when they load up the game. Though the announcement of a release date is huge, fans still don’t have a proper Season Five trailer or full list of features to expect when it launches. That said, the title screen may provide some hints.

Aside from the obvious fireworks resting on the top-left corner of the map, you’ll notice a plate of dice at the top of the image. Is this indicative of some sort of dice-based minigame making its way to the Sea of Thieves? And then there’s the rats and food on a Cutlass in the bottom-right of the image. Could rats be coming as pets, perhaps, and will players be able to cook food on a sword?

The answers are unknown for the time being. Players have only been privy to a few teasers that have shown off some select features, such as elevators for loot hauls on Thieves’ Haven, but fans can expect a full Season Five announcement trailer to drop before the December 2 release date.