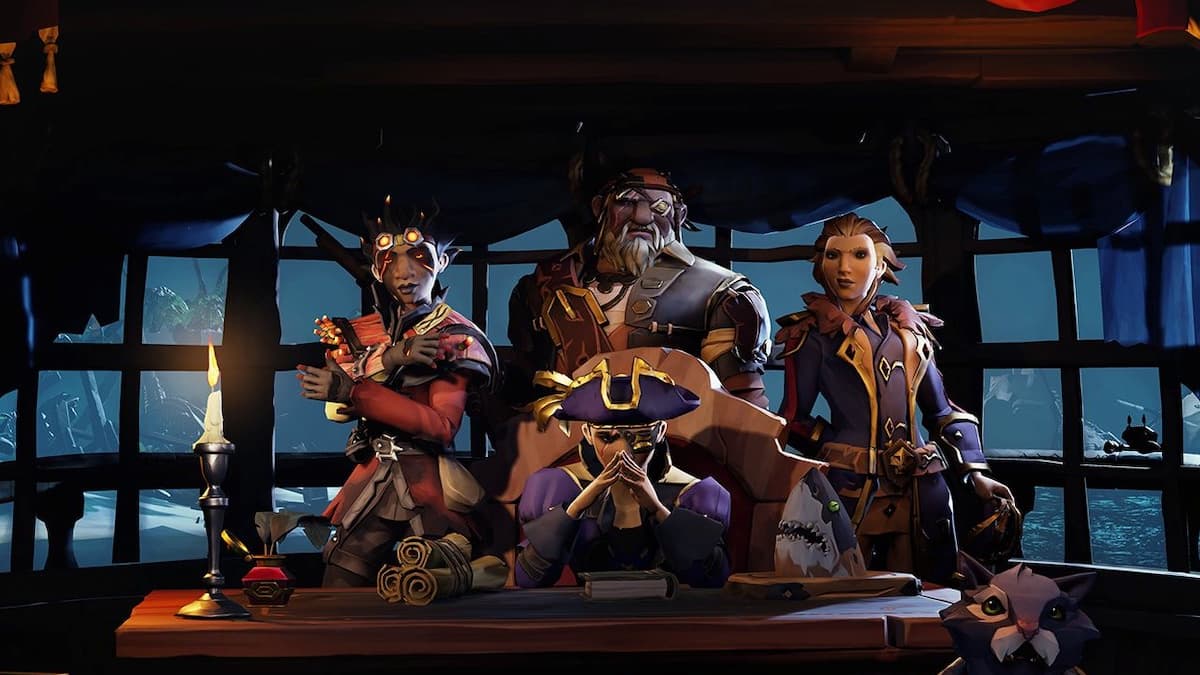 Sea of Thieves’ seventh season is just a few days out now, and fans seemingly have a lot to look forward to. New cosmetics and Plunder Pass items are par for the course by this point, of course, but Season 7 will bring with it the long-awaited Captaincy update, finally allowing players to buy and name their very own ships as they take to the seas. A recent update video from Rare showed off the impressive amount of new content coming to the game once the new season starts on August 4.

The Captaincy update is arguably the biggest draw here. Players will be able to buy one of each of the three ship types — sloops, brigantines, and galleons — and give it their very own, and no doubt very well-thought-out, name. Captaincy is much more than just calling your ship Boaty McBoatface, though. The captain’s cabin can be customized at outposts, allowing players to change up their tables, chairs, rugs, and more. A new type of item known as Trinkets will also be made available to spiff up the ship’s interior even further.

Season 7 will also add a new progression system to the game, known as Milestones. Milestones are a series of tasks and accomplishments related to all sorts of different aspects of gameplay, including making repairs to your ship and earning gold from quests. They’re spread across eight different Alignments, each related to a different kind of playstyle, ranging from the money-hungry Gold Seeker to the ominous-sounding The Feared. Completing Milestones will serve as another way to unlock certain customization options for ships.

The new season will also introduce the Sovereigns, a new type of trader located at every trading post. They only deal with captained crews, but they can make selling off your booty a lot easier, with convenient locations and a handy harpoon for reeling in your treasure chests right from your deck. There are plenty of smaller adjustments coming too, including an expansion to the shipwright’s wares and a convenient Captain’s Log for keeping track of various ship information. Season 7 of Sea of Thieves is due to weigh anchor on August 4.