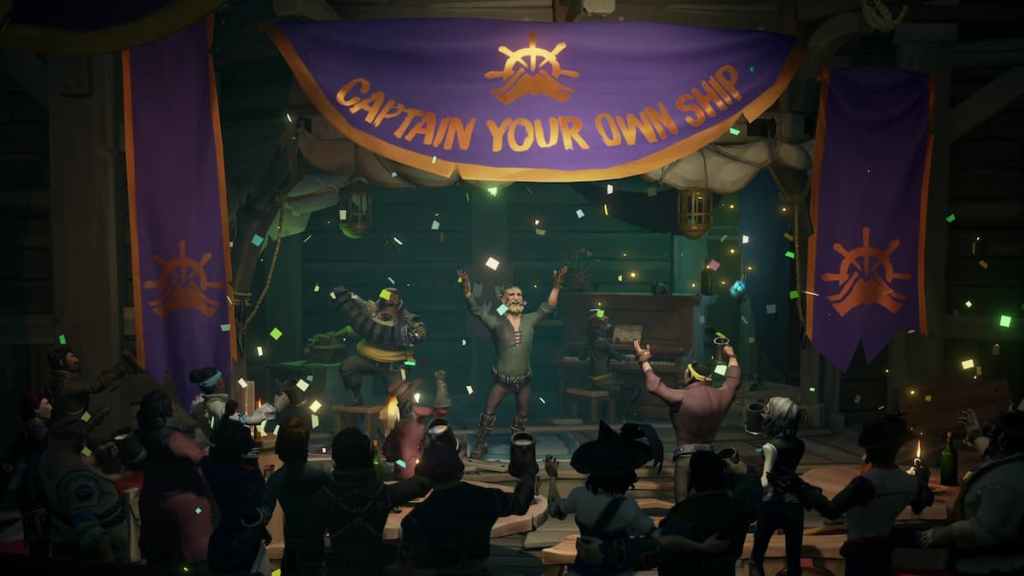 Since it was first released, players have flocked to Sea of Thieves with each new season. Each grows the game with new mechanics and systems that expand the core gameplay loop. Despite Season 6 still being active for players to engage with, we now know the start date of Sea of Thieves Season 7 and the Captaincy update, and this guide outlines when that is.

When does Sea of Thieves Season 7 start?

It was announced during the Xbox & Bethesda showcase 2022 that the start date of Sea of Thieves Season 7 would be July 21; however, the week before the original date, Rare delayed the Sea of Thieves Season 7 update to August 4. Season 6 will come to a close shortly before this, and players will be able to enjoy all the new content on offer in the seventh season as soon as any server maintenance has been completed on the day and any updates downloaded by players.

What are the features coming to Sea of Thieves in Season 7?

Many new features are coming to Sea of Thieves in Season 7. Top of the list is Captaincy, which will allow players to own their own ship and even choose a name for it as an engraving for all of your crew to see. You’ll also be able to save your ship cosmetics as a loadout to pull up later and customize your cabin to your own tastes.

This season’s major focus will be “choosing your path” of gameplay style, as the catchy trailer describes — what this entails in terms of gameplay systems is unknown so far. Captains will also be able to turn in loot to the Sovereign faction at any Outpost, ridding of the need to go to each Trading Company individually.

As with every season in Sea of Thieves, though, there will be events, new stories to uncover, follow, and complete, and much more on the horizon. The Captain update is only the beginning of what’s in store for those who commit to Season 7 and sail through everything ahead of them, including the new Plunder Pass and all the rewards on that.