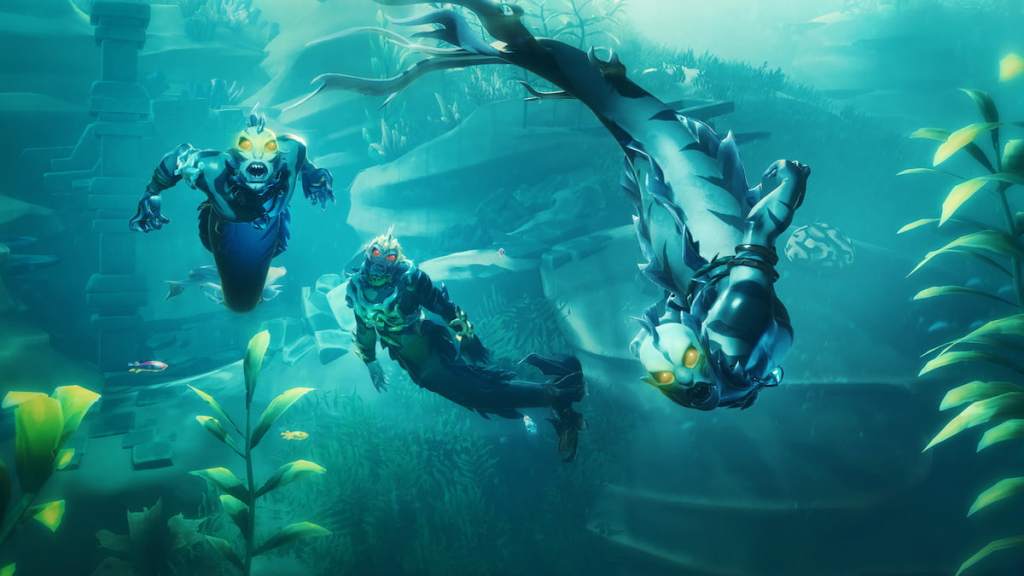 Rare will be taking players deep under the ocean for Season Four of its pirate-themed game Sea of Thieves. In Season 4 there will be six unique Siren Shrines that players can explore under the water. Shrines function as explorable dungeons where gamers can explore and solve puzzles. Each Shrine is unique and houses treasure worth plundering.

Another new feature of Season 4 is the Siren Treasuries that can also be found undersea. Based on the trailer, the Treasuries appear to function similar to Skeleton Fort events, though instead of fighting skeleton pirates, players will have to face underwater sea creatures. Players won’t need to carry any treasures they find back with them to the surface. They just need to find Sunken Merfolk Statues, which will store all treasures that players will have on them. Gamers can reclaim their treasure on the surface by coming across a friendly merperson at the open seas. The merperson will swim below and all the players’ treasure will float up to the surface.

There will also be another 100 levels of remarkable rewards for gamers to unlock in Season 4 — all of which be free for every player. There will also be a new Plunder Pass, which is an optional purchase for gamers. The pass will unlock 11 new items for the game. The pass includes new weapons, cosmetics, costumes, and emotes.

Sea of Thieves Season 4 will be made available on September 23.