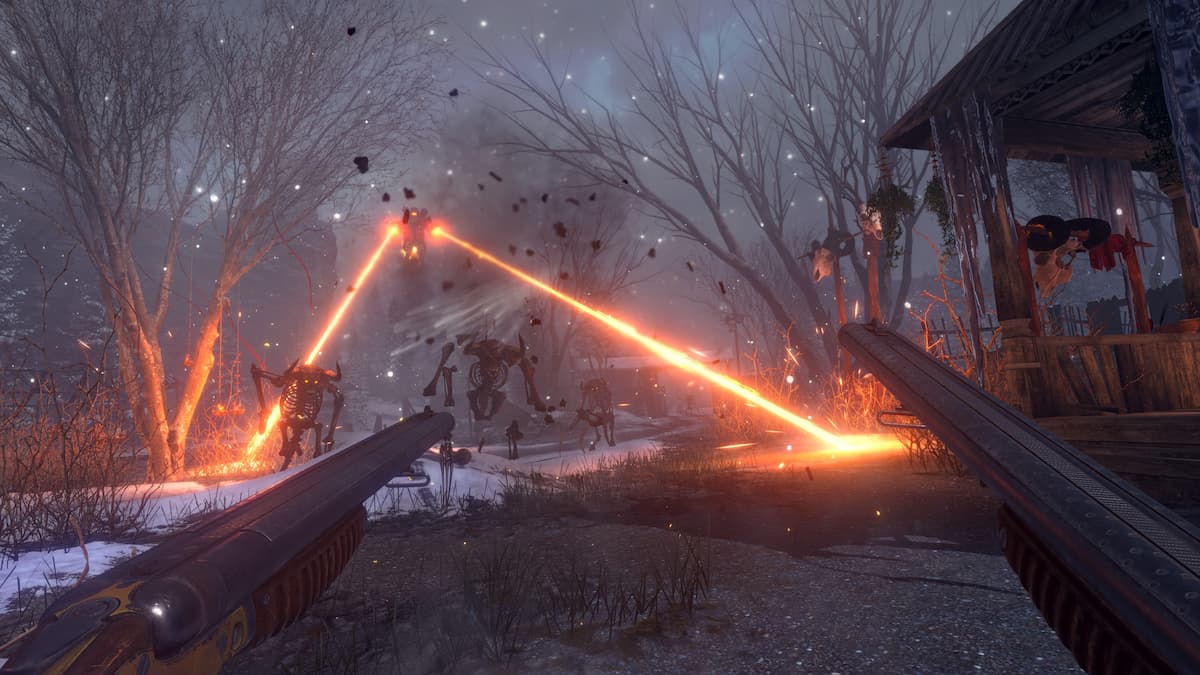 Timelock Studio and Croteam have joined forces to co-develop Serious Sam: Siberian Mayhem, a standalone expansion to the popular FPS series. The shooter will be published by the prolific Devolver Digital and will release for PC on January 25.

As the name suggests, Serious Sam: Siberian Mayhem will see players battling their way through the Russian landscapes as they set out to get General Brand. There are five missions in total set in various locales, such as forests, arctic coastlines, abandoned villages, and even a ghost town. Players will also find several side missions to tackle that see Sam Stone meeting and working with some of Siberia’s locals.

Siberian Mayhem will feature a bunch of new enemies and bosses to gun down and an arsenal of new weapons to take them out with. Players can use the instantly recognisable AK-47 assault rifle or take a slightly more methodical approach to murder with the Perun, an experimental crossbow. Aside from new guns, there are also several new gadgets and vehicles to take advantage of, including snowmobiles and mechs.

Interestingly, Serious Sam: Siberian Mayhem started life as a community developed project that modding Timelock Studio had worked on for a while. However, Croteam took a personal interest in the game and guided the modding team throughout the development process.