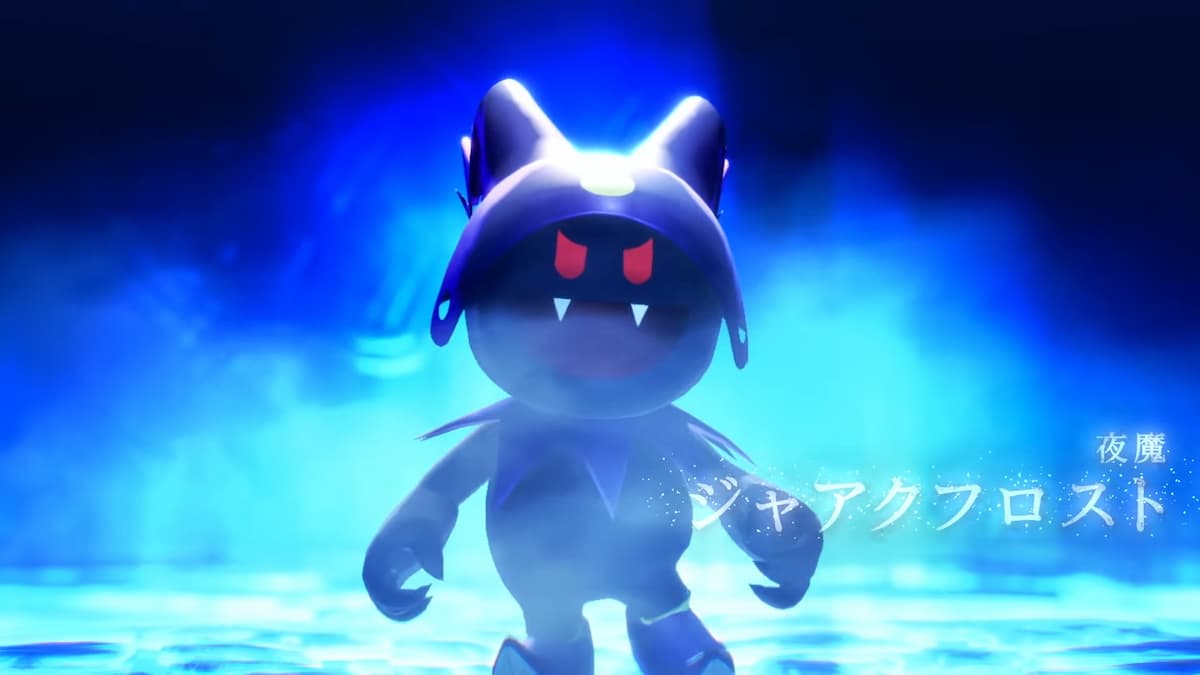 In battle, Black Frost is shown to be Level 44, confirming his spot as a midgame demon rather than an endgame one. A translation of Black Frost’s lore was made available by u/AUselessMage and Youtuber BuffMaister:

“A Jack Frost that grows to be wicked. Its form has changed through constant training as a demon. It used to be a prank-loving snow fairy, but has gained tremendous power like that of a demon lord when it became this form.”

Another lesser-known demon, Jatayu, was also revealed as a member of the Avian race. Jatayu is the 145th demon revealed so far.

Shin Megami Tensei V will be released on November 11, 2021 on the Nintendo Switch.