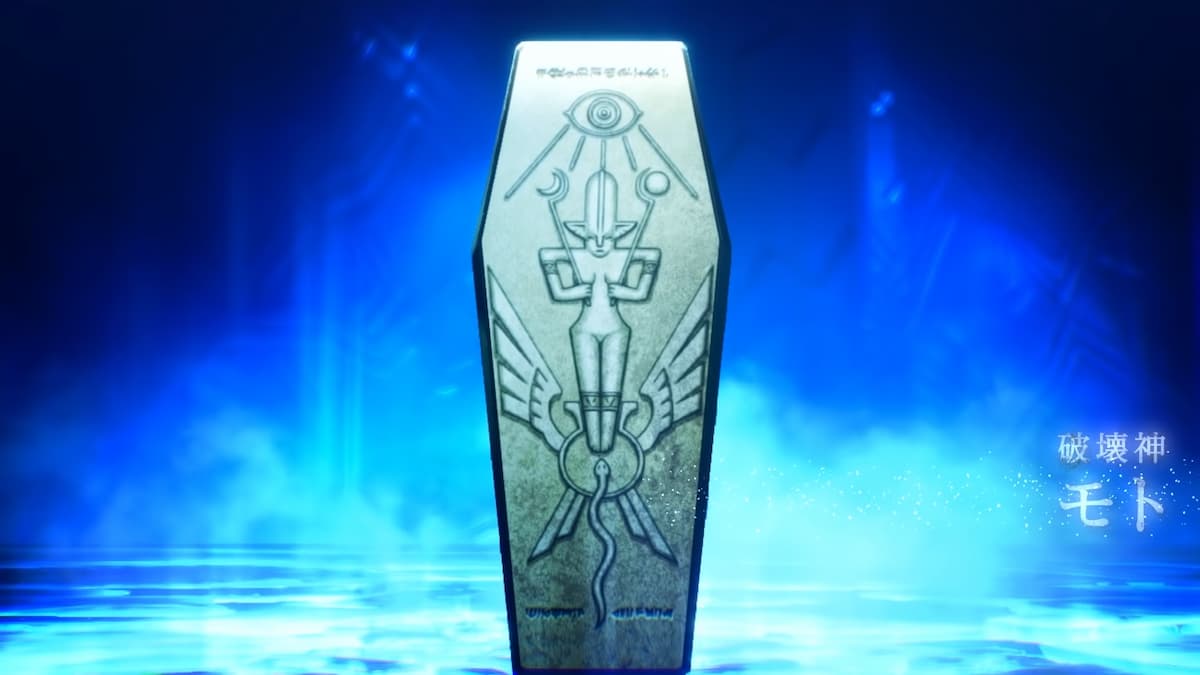 The trailer shown for Mot cashed in on his meme status within the community. He can cast Megidolaon, a severe almighty attack that hits all enemies, a move that was a part of Mot’s controversial boss fight in Shin Megami Tensei III: Nocturne.

Unfortunately, it doesn’t appear that Mot has a role in the story, as we only see battle footage of him. Mot in the trailer is around level 60, cementing him as a late-game demon likely usable for difficult fights.

A translation of Mot’s lore was made available by u/AUselessMage and Youtuber BuffMaister:

“The Mesopotamian God of death and desolation who threatened the land of Canaan. He lives in the underworld, whose name means Death. He conspired to kill his counterpart, the God of Fertility, but was in turn killed by the God of Fertility’s sister, Anat.”

Meanwhile, Kaiwan is a user of Mudo skills, which are skills that deal Curse damage. Kaiwan appears to be a regular demon in this game, despite having a boss appearance in Shin Megami Tensei III: Nocturne. Kaiwan in the trailer is around level 40, which makes him usable for most midgame content.