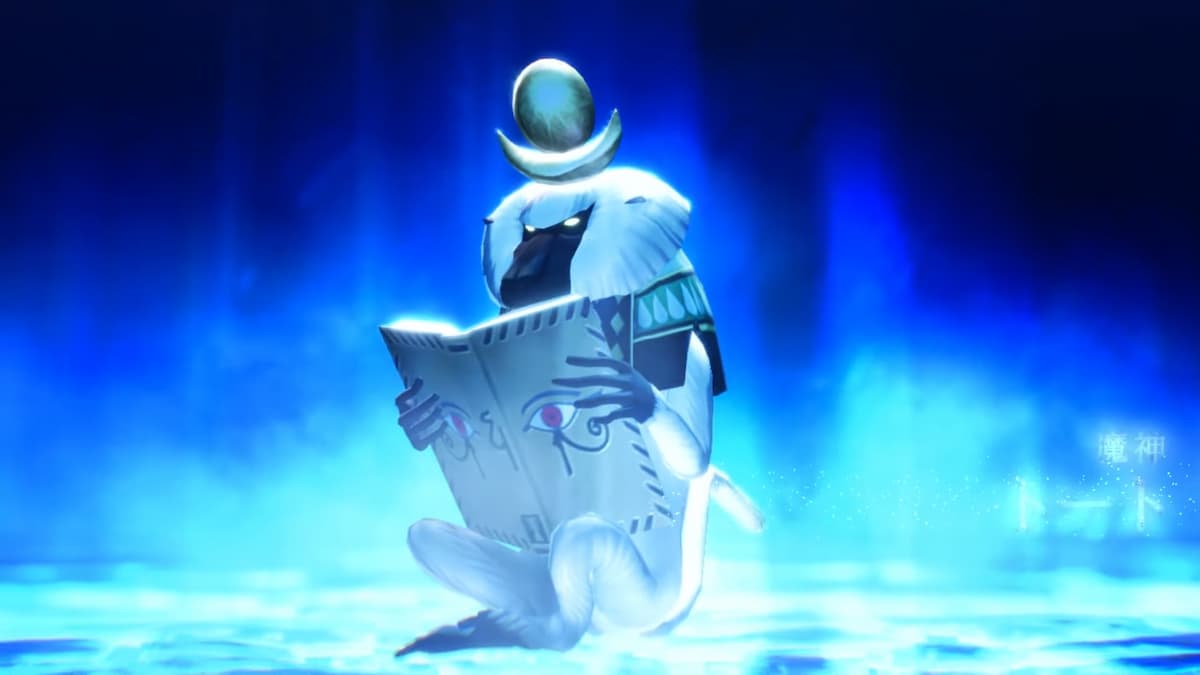 A new group of fan-favorite demons was revealed for Shin Megami Tensei V: the warrior Setanta and the baboon Thoth. The pair of demons are the 154th and 155th characters revealed, respectively.

Setanta is somewhat of an alternate version of the previously announced Cu Chulainn, a warrior of the Fairy clan. Setanta typically employs Garu and Physical skills and is a solid demon to use midgame. A translation of Setanta’s lore was made available by u/AUselessMage and Youtuber BuffMaister:

“A brave young man of Irish mythology. After killing a vicious guard dog with his bare hands, he volunteered to take its place, earning him the nickname of Cu Chulainn.”

Thoth, a demon of the Deity race, is an Egyptian god with the body of a baboon. The demon is useful in the midgame with his access to Hama and Megido skills. A translation of Thoth’s lore was also made available by u/AUselessMage and Youtuber BuffMaister:

“An almighty Egyptian god with the head of a baboon. It is said that he constantly opposed the evil god Seth, acting under virtuous gods such as Osiris and Isis instead.”

Next week’s showcase will feature a demon of the Tyrant race, Abaddon (judging from the silhouette.)