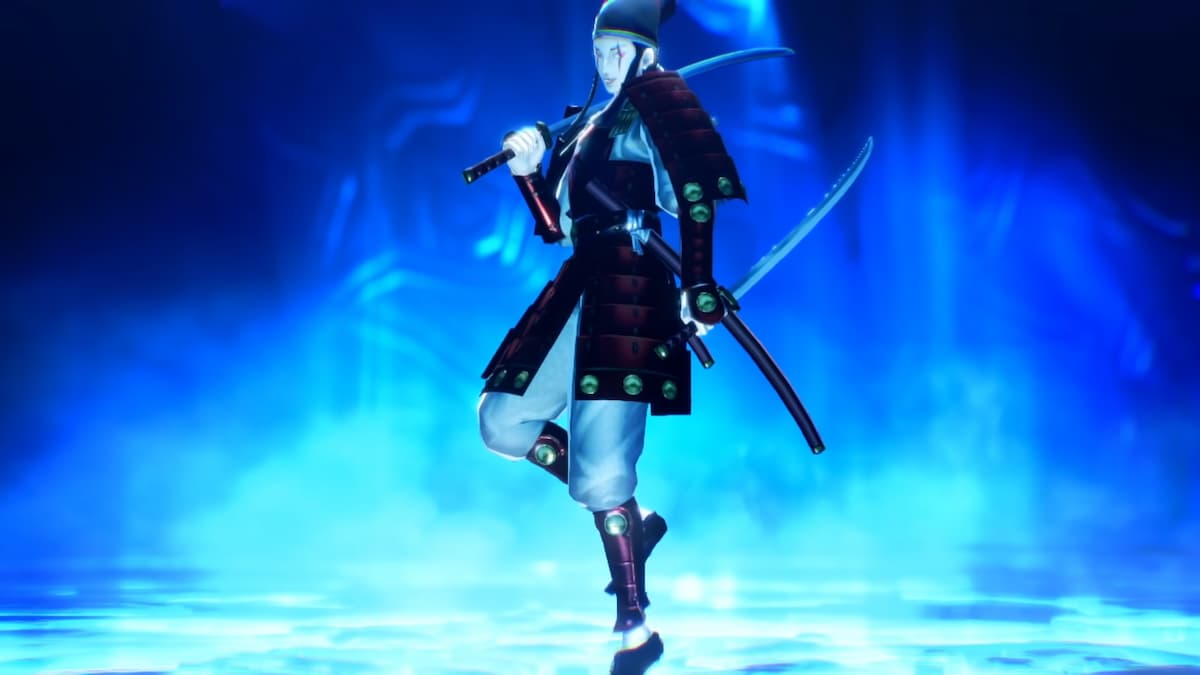 Two new demons were revealed for Shin Megami Tensei V as a part of the game’s Daily Demon Showcase, this time featuring a demon popular in two spin-off series. The Wargod demon Yoshitsune hails from Raidou Kuzunoha but was upgraded to a high-level demon in the Persona series. The next demon announced was the Brute demon Azumi, who also made regular appearances in Raidou Kuzunoha.

Yoshitsune is a strong samurai demon who brandishes two swords. He’s iconic for his “Hassou Tobi” attack which deals tons of AoE damage. While he’s a high-level demon in the Persona series, SMTV downgrades him to a midgame role, with a relatively low level. A translation of Yoshitsune’s lore was made available by u/AUselessMage and Youtuber BuffMaister:

“A famous warlord and hero of the Genpei War known by the childhood name of ‘Ushiwakamaru.’ Legend has it, he was taught martial arts by the Tengu of Mount Kurama, and he is known for this battle against Musashibo Benkei at the Goji Bridge.”

Azumi meanwhile takes the appearance of a fish, dealing Bufu damage at a low level. A translation of Azumi’s lore was made available by u/AUselessMage and Youtuber BuffMaister:

“A water deity with the ability to manipulate water worshipped by the Azumi tribe, a southern maritime tribe who came to Japan. The three gods born from Izanagi after he returned from Yomi and purified his body, the Wadatsumi, are said to be the Azumi tribe’s ancestors.”

The next Daily Demon Showcase will showcase Raja Naga, the top dog of the Naga royalty.