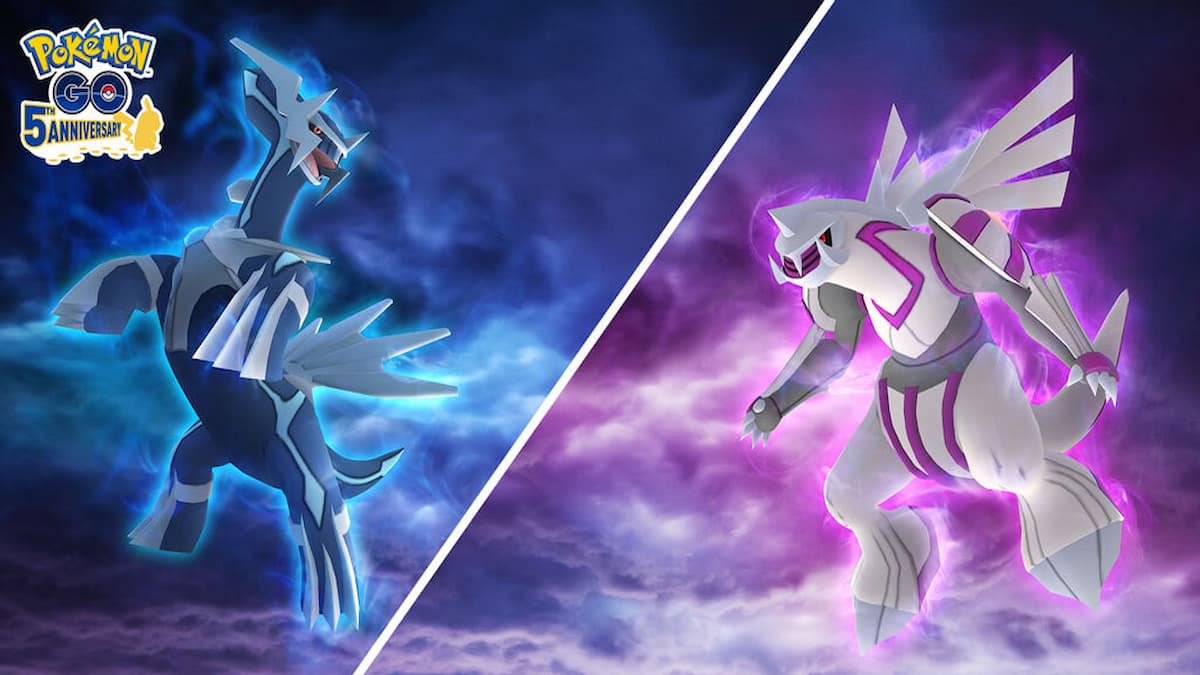 Dialga and Palkia have been absent from five-star raids in Pokémon Go for a long time since their initial debut. Because they’ve been away for so long, players have been eagerly awaiting their return, but the pair appeared during Pokémon Go Fest 2021. Following the big event, all players completed the required Global Challenges to unlock the rewards for Ultra Unlock Part 1, Part 2, and Part 3. So, it looks like Dialga and Palkia are returning to five-star raids for Parts 1 and 2, and this time, their shiny versions will be available.

Dialga and Palkia are the two legendary Dragon-type Pokémon from Pokémon Diamond and Pearl. These two are considered some of the best legendary Pokémon to use in Pokémon Go, which means they’re consistently used by many trainers competing in the game’s PvP battles, the Battle League. These two’s shiny versions were expected to become available sometime closer to Pokémon Diamond and Pearl’s Nintendo Switch remaster, Pokémon Brilliant Diamond and Shining Pearl, launching on November 19, but we’re getting them a bit earlier.

Several new shiny Pokémon will be added to Pokémon Go during Ultra Unlock Parts 1 and 2. For Part 1, it looks like Cranidos and Shieldon are receiving their shiny versions, and for Part 2, Heracross’ shiny version is releasing. Cranidos, Shieldon, and Heracross’ shiny will remain in Pokémon Go following the end of the Ultra Unlock weeks. Still, Dialga and Palkia’s shiny version may only return during specific events, making these events critical for any shiny hunters in Pokémon Go looking to add these fabled Pokémon to their collection.