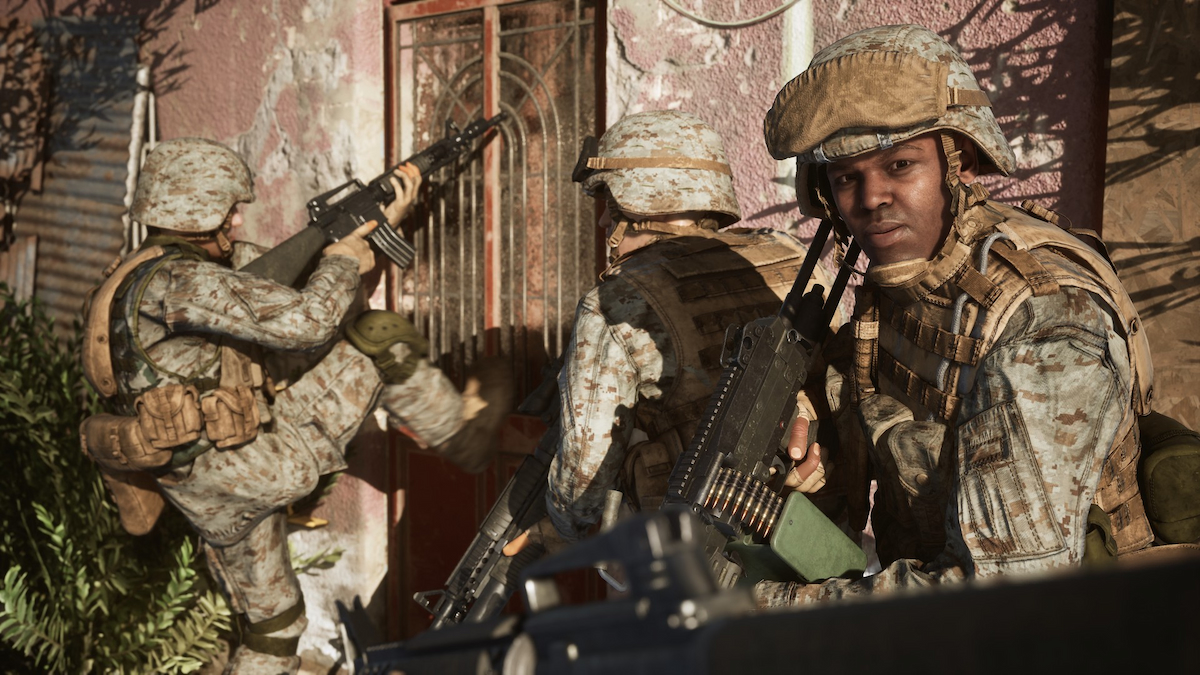 Six Days in Fallujah, the previously canceled, now resurrected game that centers around a siege on the city of Fallujah during the Iraq war and is being published by Victura and developed Highwire Games, has been surrounded by controversy. Victura’s founder lent into this controversy in February, saying that the game wasn’t political, only to reverse course a month later. Now we have our first peek at what Six Days in Fallujah will play like, thanks to a gameplay reveal trailer posted by IGN.

The trailer opens with former Marine Sgt. Jason Kyle, who speaks about his experiences in Fallujah. After Sgt. Kyle recalls losing eight marines over the course of four days, the trailer moves on to gameplay. Six Days in Fallujah looks like your typical military sim, and it’s extremely similar to games like Rising Storm 2: Vietnam and ARMA. There’s a distinct lack of any UI, and characters, including the player, move slowly.

As the leader of their squad, players in Six Days in Fallujah can command their squadmates. The trailer shows the player directing them to perform tasks like stacking on a door to breach it or suppressing fire so the player can flank enemies. Buildings also play a large part in Six Days in Fallujah, as they were extremely dangerous for the Marines in the city. Upon entering, nobody knew what was behind the door. To simulate that feeling for players, each building and neighborhood in the game is procedurally generated to create new unknown situations.

However, this is where the fundamental issues with Six Days in Fallujah begin. Victura has been positioning the game as a retelling of the events during the siege, something that is, by all means, historically accurate. Its various gameplay segments are meant to be given context by documentary-esque snippets spread throughout the game. However, today’s gameplay trailer shows that, despite all that, this is in practice, a game. Historical accuracy is made difficult, if not impossible, when maps constantly change and enemies have faulty AI that makes them stand in the open while bullets fly past.

Another major criticism of Six Days in Fallujah has come from how it’s telling its story. Due to the documented use of excessive force by the U.S, some have found an issue with the game pushing a narrative that turns Americans in the siege into heroes.