Merengue the Rhino, Stitches the cub, Bob the cat, Twiggy the bird, Pietro the sheep, and Francine the rabbit will all come to Animal Crossing: Pocket Camp “soon,” according to the official Japanese Twitter account.

All six animals are considered “hip,” meaning they’ll drop hip essence when their requests are completed, according to an datamine of the new update. It’s a new style of furniture that brings a bunch of new items to Pocket Camp. New amenities will also be added alongside the new furniture.

Nintendo hasn’t said when the update will go live, only that it’s coming “soon.”

A new update may be on the horizon, too. Reddit dataminers found banners detailing another garden-themed event, though this time it has a gothic, Lolita style vibe. Pocket Camp players are not thrilled to hear of another garden event after Rover’s Garden Safari bombed. Nintendo claims to be listening to fan complaints, and fans are hopeful that Lottie’s Gothic Rose Festival has drastically different objectives.

It’ll likely come after the new Pocket Camp animals have had time to settle in—perhaps as a Valentine’s Day–themed event. We’re still waiting on the official word from Nintendo.

How to find Demeter in Immortals Fenyx Rising: The Lost Gods

The Verdansk map in Call of Duty: Warzone has been nuked 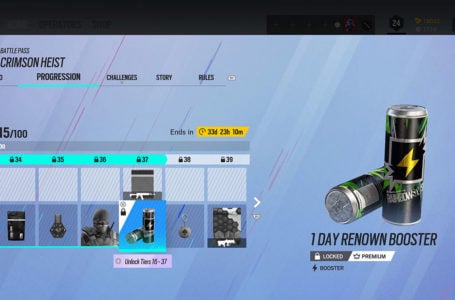 How to earn Renown fast in Rainbow Six Siege