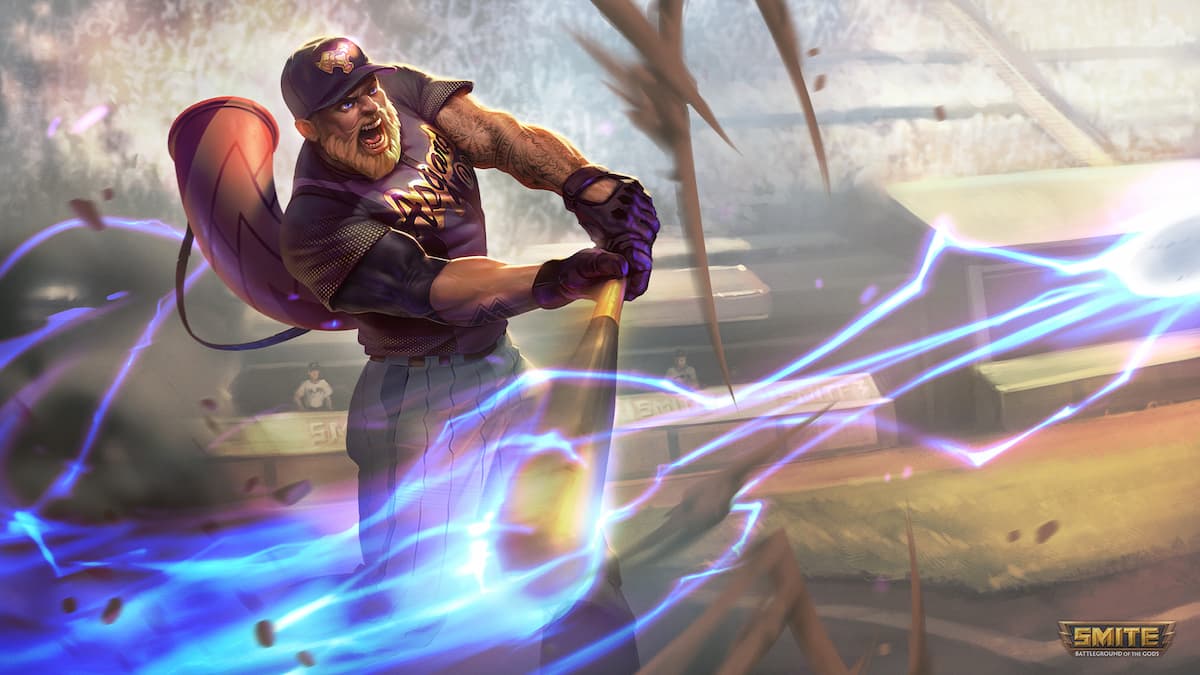 For those eager to check out Tiamat in Smite’s 8.2 update, you only have to wait until February 23 for the new goddess’ arrival. But before that happens, a wave of new balances will be happening for several of the new starter items in the game. The 8.1 bonus update modifies a lot of them, and the biggest changes are coming to Manikin Scepter. The changes for the item are so big, Hi-Rez is breaking up the adjust between update 8.1, and 8.2

There are also changes coming to Set and Cupid in the bonus update. Unfortunately, both of these gods are receiving a nerf. Set is having the base damage go down with skewer, and his ultimate, kingslayer, gives him less health with it. Cupid is also receiving a nerf with the damage scaling for heart bomb going down, and the cooldown for his ultimate, fields of love, is going up.

You can read about all of the big changes in the upcoming patch notes. The bonus 8.1 update launches on February 9. You can check out Smite’s patch notes for update 8.2 over here, launching on February 23.

What an exciting new season it has been! Everyone has been trying out a ton of stuff and we have been trying our best to keep up with the ever changing data and feedback we are getting! In this Bonus Balance we are largely looking at bringing the starters closer in performance to each other while addressing hot button concerns with potential strategies that may be less than fun.

Conduit Gem has largely been the top performer. Its raw power combined with solid regen and solid upgrades put its direct competitor, Sands of Time in a strange spot. Nerfing the regen and Magical Power both puts more focus on playing around its passive but gives Sands of Time a better shot as succeeding in its regen niche.

Archmage’s Gem was also the go to choice for upgrading Conduit Gem. The raw burst provided from this item created an extremely bursty late game for mages. Taking the edge off this items scaling will still let this item burst but at a more reasonable level.

Archmage’s Gem was also the go to choice for upgrading Conduit Gem. The raw burst provided from this item created an extremely bursty late game for mages. Taking the edge off this items scaling will still let this item burst but at a more reasonable level.

Manikin Scepters adjustments will be in two parts. We originally planned for a single bonus balance adjustment that targeted this item’s ability to trade effectively in lane. A decrease in Physical Protection and lane damage should help bring it more into line, especially to help Warriors Axe remain competitive against it with its nerfs. However, we saw very quickly this week Manikin Scepter explode in popularity above other items more than anticipated. With Bonus Balance already prepared to ship to all platforms, we cannot add to it. However, we have seen the item’s usage continue to grow and will be applying an additional nerf in the 8.2 launch.

Bluestone Pendant has been a highlight for many players, but struggled to fight solid use at the top levels of play. Particularly Warriors struggle to upgrade this item as none of them provide any defensive benefit. Bluestone Brooch will now serve as the bruiser option for the bruiser focused Warrior.

Warrior’s Axe was another solo lane item that we have heard a lot about at the top level of play. This item was not only a solid counter to the tick damage of Manikin and Bluestone but was outright good at trading due to the health steal. Removing the flat damage reduction should make matchups against it feel more fair while a small health increase should offset the nerf from feeling too intense.

As the direct upgrade from Sundering Axe, it no longer felt like it should provide this flat damage reduction and it seems to be doing quite well already!

Warding Sigil struggled to see any play as it was too niche, focusing too heavily as a counter to Magic Damage. We are making it a true tanky option with a slight lean on Magical Protection.

The upgrades for both of these items also struggled from both being niche in countering Magical Damage and in Infused Sigil’s case, a passive that didn’t quite feel impactful enough. Infused Sigil will now trigger more often and more an extra punch.

SIGIL OF THE OLD GUARD

Sigil of the Old Guard is the direct upgrade to Warding Sigil, so to meet with its more tank focused stats this item is gaining some protections as well.

War Flag is unique in that it is a starter item that really encourages aggression and controlling the lane to get farm rather than it being generated on its own. The tradeoff, especially for 700 gold, felt too intense. A cost reduction will allow supports to have more flexibility with additional consumables and item choices to help them succeed with this item.

Benevolence similarly felt punishing in its cost. This item both asks the Support to sacrifice farm but also incur a high burden of cost. Bringing this cost down will give more freedom in item choices for Supports.

Sentinel’s Embrace really embodies what it means to support your team. The raw protection provided made this item difficult to ignore and overpowered many other support options. At 100 protections this item will still provide a strong stat line to your team but open up other options to compete.

Sentinel’s Embrace and Compassion are often compared as they do similar effects (protecting your team) in different ways. Without any mitigation on its own the incoming damage taken from allies was too much of a penalty. An extra 40 Magical Protections will soften incoming damage and allow supports to utilize this effect for longer.

Animosity has been fun to watch. While many players have tried to find multiple opportunities to skip buying a starter to utilize the split push power of this item, we have seen that largely fail as a strategy in the stats. However, even if it does struggle the bonus structure damage also doesn’t feel particularly fun to fight against. If it is both ineffective and not fun to play against, we would rather remove this aspect of the item and allow supports to use it to beat up enemy gods. For example, Ymir has been the most successful with this item over Zhong Kui and Erlang Shen, boasting a solid winrate amongst the other starter options available! Go Ymir!

Increased range at which you can gain stacks from fallen enemies from 30 units to 80 units.

Set’s high base damage combined with a strong brawling ultimate makes him a monster at most stages of the game. In particular this change focuses on his level 5 to 10 range where Skewer’s Base damage has come online and the flat healing of Kingslayer is most impactful. In this window Set should be a more manageable threat.

Cupid really climbed the hunter ladder with his changes to Heart Bomb in Season 7. Heart Bomb’s scaling bring a hair too much damage in teamfights while Fields of Love is a constant and difficult to answer threat. The longer cooldown on Fields of Love will lower how often Cupid can burn relics and punish them by himself when they are down.