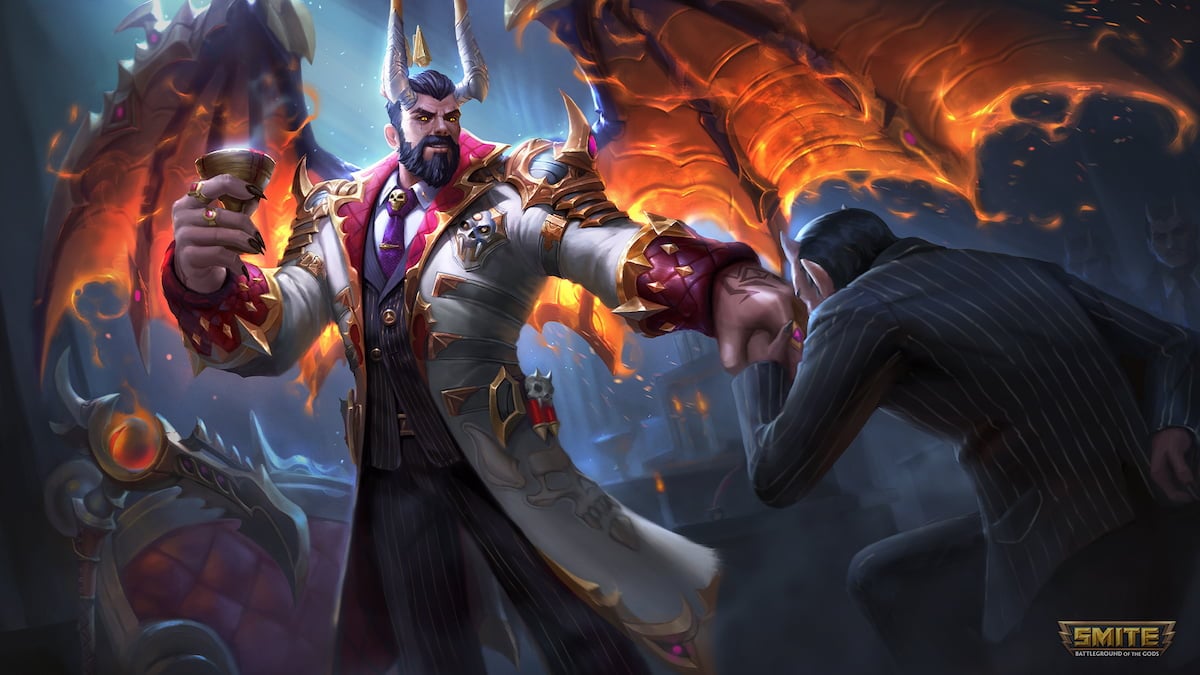 Season 9 for Smite is coming in hot following the official announcement of Shiva the Destroyer being added to the roster in February. However, before Shiva can arrive, patch update 9.1 will be dropping. The major highlights include a relic rework, glyphs to specific items, and several changes to many of the maps, such as Conquest, Arena, and Slash, the new game mode.

The relic rework will be adding a depth of diversity to the many relic choices. Traditionally, each relic had an upgraded item. But now, the relic rework system adds a pair of final choices for players to select, further upgrading them on top of the already enhanced version. For example, after you upgrade Aegis, you can choose to further augment it into an Aegis of Acceleration or Aegis of Judgement. The former allows you to move while in this mode, while the latter upgrade has it so then you can move while in this form, but you explode, dealing damage to enemy gods.

The glyph item system adds a series of tier four items to many iconic tier three. These include Heartward Amulet, Breastplate of Valor, Deathbringer, Jotun’s Wrath, and Rod of Tahuti. These are commonly purchased items that typically happen at the end for many builds, similar to the relic system with adding another pair of upgrade paths rather than just one option.

These are the full patch notes below.

You can get all of the Season 9 Gods, and some spectacular content for each, all-year-long with the SMITE Season Pass 2022! After purchasing, you will also immediately unlock the Limited Space Scoundrel Danzaburou skin, Space Scoundrel Loading Screen, “Most Wanted” Title, and 1000 Gems!

Welcome to the Dharmic Era Event!

Every 2 weeks we will release an event bundle with 4 exclusive items! On initial release the bundles will cost 900 gems and once the next bundle releases the previous bundle will become 1200 gems. Purchase 2 bundles to unlock the exclusive Rama Skin, purchase 4 bundles to unlock the unlimited Loki Skin.Questing is free for everyone! Discover the Hindu Gods in the Codex by “seeing” them in matches. This can be achieved by playing as, playing with, or playing against these Hindu Gods. Seeing a god 3 times grants the player the Ultimate Hindu Pantheon Frame. This frame levels up with an icon every time you complete a full god portrait in the Codex.

SMITE’s first totally NEW and permanent game mode in years is finally launching! Slash takes elements from both the Siege and Clash modes and merges them together into an entirely new mode! The map features traditional tower, phoenix, and Titan objectives and a jungle sized in between those of Siege and Clash. The open center area and 5v5 team sizes from Clash ensure frequent fighting and rotations, and new Juggernaut camps that can be cleared to Spawn your own Juggernaut that push lanes and be teleported too like Siege. Order players will play from the Maya side, featuring an all new art set for this classic pantheon. Chaos players will play from the Egyptian side. We are very excited to introduce this new casual objective focused map in SMITE Season 9!

BELT OF THE BERSERKER

CLOAK OF THE AVATAR

AMULET OF THE STRONGHOLD (UPGRADED FROM HEARTWARD AMULET)

(UPGRADE) SEER OF THE JUNGLE

(UPGRADE) PROTECTOR OF THE JUNGLE

The buffs across all classes for this patch are targeted toward bringing some lesser-bought items back into the meta. Starting here with tank items, we are taking a combination of aggressive and defensive items that usually don’t see much play and pumping them up significantly. Void Stone, Emperor’s Armor, and Jade Emperor’s Crown are seeing utility and stat buffs to make them more likely to fit into Support builds.

Solo lane continues to be a balance challenge, where simple buffs and nerfs weren’t enough. Blackthorn and Runeforged Hammers are seeing big changes across their entire stat spread. Blackthorn will now be much more clearly geared toward being a tanky item, while Runeforged Hammer gains an even larger amount of power to help it find its way into a few player’s hands. Nemean Lion and Berserker’s Shield also gain small but meaningful buffs to make them better, while still focused more toward Warriors than other classes with increased protections.

HIDE OF THE NEMEAN LION

Mage’s have been hurting lately, especially at high skill levels where Mage ADCs and Midlane Hunters have pushed out many of these magic wielders. Staff of Myrddin is being buffed to provide another late game option, while Celestial Legion and Warlock’s Staff can present interesting new starting build options. Most importantly, Charon’s Coin and Obsidian Shard are both being buffed to make %Pen more effective on mages, giving us the most likely chance of shifting the entire lane back into the direction of traditional DPS Mages.

Hunter’s have maybe the most intense item changes in that Crit is being heavily reworked to deal less damage and require a higher % chance to be consistent. The Crit system change is largely a nerf, so a few Crit items are being buffed to help compensate for it, and we will likely be adjusting this stat often at the start of this season. A few Crit items were even removed from the game as their passive’s were interesting but struggled to find healthy homes in builds, so they were absorbed into Deathbringer’s new glyphs. In this way the items live on, and become more easy to fit into builds. To make up for the loss of these Crit items, we are adding Crit to an item that previously did not have it: Atalanta’s bow! This item provides a nice balance of a variety of different stats to help it round out various Crit Hybrid builds. It loses its %Pen to do that, and thus the dominos keep falling resulting in Silverbranch Bow now gaining more %Pen! If those shifts weren’t enough, we are also buffing Devourer’s Gauntlets and Toxic Blade to revive these lesser used items.

Last but not least comes the Assassin Items. For each of these class blocks there are obviously items that can flex between multiple roles, which we always try to keep in mind even when buffing with intent of a specific class. Assassin item buffs in Season 8 had huge impacts on Hunters as well, so for 9.1 we tried to focus even more on specific items that Assassins use better (or only can use) and buff up ones we haven’t seen in a while. Hydra’s can pack a punch and be a really rewarding item, but it often struggles in the late game, but with new added %Pen this item can thrive at all stages. Golden Blade, Soul Eater, and Bloodforge also get some aggressively focused stat buffs to round out the item balance of this update.

The new god continues to bear just a few too many burdens. His overly conservative release put him on the lower end of the god pool, but he is determined to rise up. The hotfix buffs addressed some key concerns but were not enough to create a significant statistical impact, so we are going big on the big boy in 9.1. Better base stats for tanking, noticeable damage and CC increases, additional CC immunities, and Kinetic Charge now dealing damage to minions should be a strong combination of buffs for SMITE’s newest Guardian.

As with items, we included a selection of nerfs based on who was performing best leading up to the world championships. Camazotz was the most highly prioritized god in the SWC qualifier weekend, and was mostly valued for his high base damage that is working just a bit too well in solo lane. Sol is the main offender for OP Mage ADCs, dominating not one but two roles, with especially intimidating ranked metrics. Bastet is still cruising to victory with her new Ultimate, and is getting some heavy nerfs to bring her back down. Odin, Nike, and Geb are the primary shield abusers, with their large HP shields they avoid death (or help their allies avoid it) just too often.

BAT OUT OF HELL

We have a variety of buffs prepared for the new season, mostly geared toward gods who have seen lower play counts recently, or especially low community sentiment. A few highlights include: Big QoL and casting time improvements for Baba Yaga’s Ultimate, A new type of CC for Cernunnos on his skillshot ability, Horus and Jormungandr getting some bruiser buffs, and better lane clear for Nox (who we are still being very careful with.) 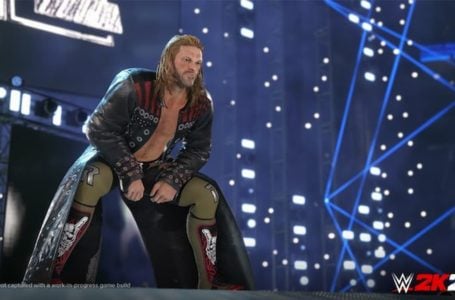 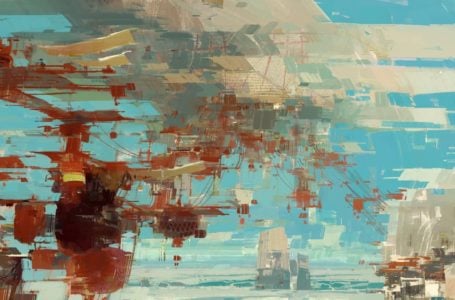 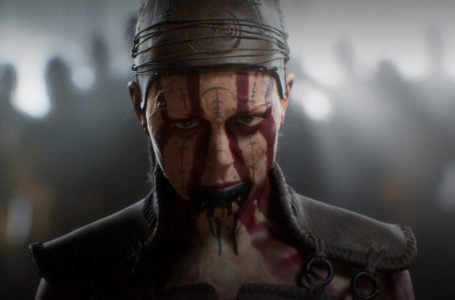 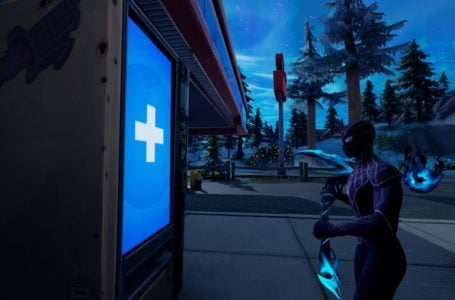