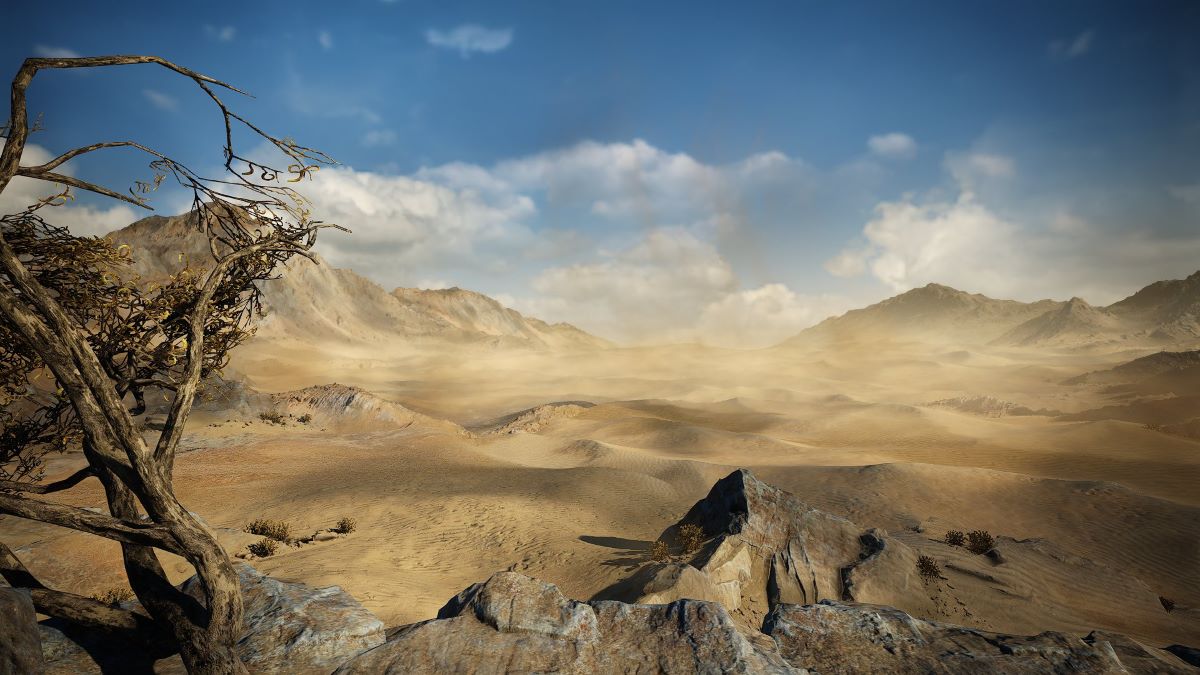 A new trailer for Sniper Ghost Warrior Contracts 2 shines the spotlight on the game’s campaign. This time around, players are shipping out to prevent a war in the original setting of Kuamar.

Nestled between the Lebanese and Syrian borders, Kuamar is currently under the rule of a brutal dictator, President Omar Al-Bakr, and his wife, Bibi Rashida. The region has been under their control for the past 20 years, but now someone needs to step in to end their reign.

Players will take on the role of Raven, a sniper who has been sent to Kuamar to take on a plethora of contracts that will help destabilize this dictatorship and, hopefully, prevent a war. The fallout from which could be catastrophic for the wider world.

A press release from CI Games explains that “Kuamar will provide players with a variety of sniper paradises, evolving the sandbox level and objective design fans loved in the first Contracts release.”

The game has five distinct maps for players to explore. Each one is an open sandbox with multiple objectives in addition to the main target. Players can approach each objective however they want, whether that’s from a ridiculous range with a powerful sniper rifle or up close and personal, hiding in the shadows to pull off close-quarters stealth kills.

As players complete more missions, they’ll earn skill points that can be used to upgrade Raven. Alongside their improved weaponry from the late game, players are encouraged to revisit earlier missions to improve their rank.

Sniper Ghost Warrior Contracts 2 is available to pre-order from all major retailers now. Some pre-order bonuses are on offer, including an exclusive weapon skin pack featuring an incredibly unstealthy bright blue sniper rifle.