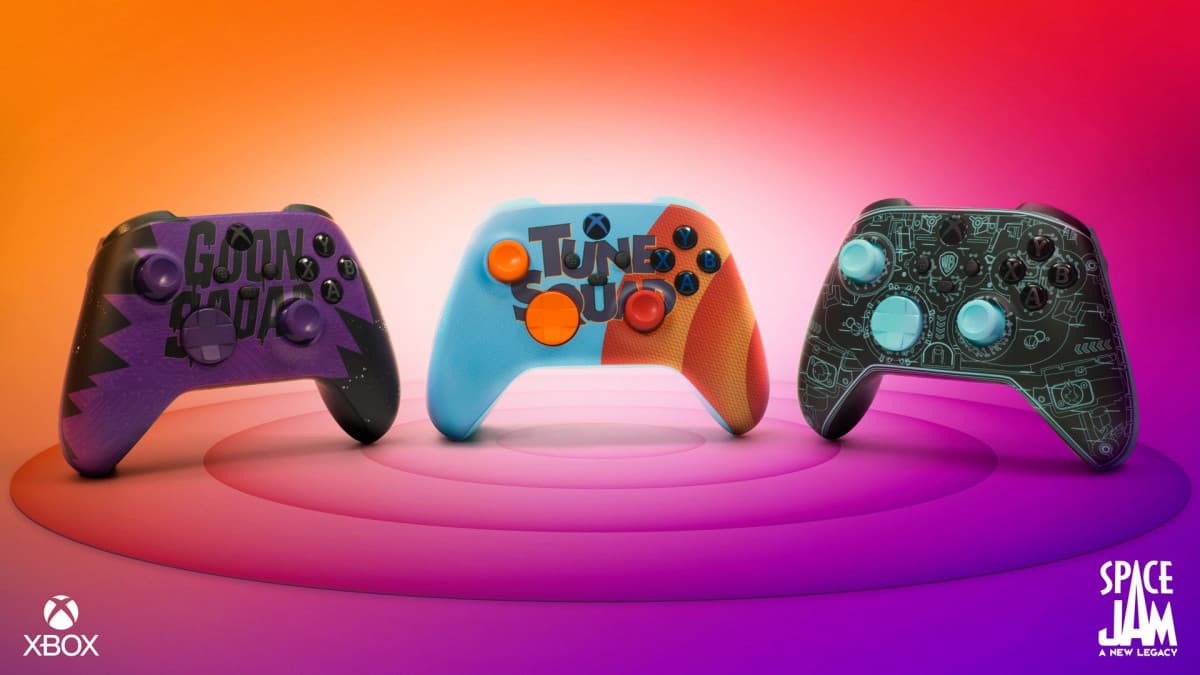 Space Jam: A New Legacy is releasing in theaters and on HBO Max on July 16, which means product tie-ins and cereal is on the way, which feels fitting and almost nostalgic. The original Space Jam was a cultural phenomenon that was inescapable for millennials when it blew up commercials, grocery aisles, and everything in between. And now it’s time for history to repeat itself while the NBA and Looney Toons take over once again.

Xbox has revealed three exclusive Xbox wireless controllers with a hybrid D-pad and textured grip on the back case, bumpers, and triggers. There’s also a dedicated share button, which was added to the Xbox controller with the Series X/S release, so screenshots and videos can be captured with the tap of a button. The controllers all retail for $69.99 and will be available almost exclusively on Amazon on July 8. The Tune Squad controller will also be available via Microsoft Store, but the other two can only be found on Amazon.

Also on the way is a fan-inspired game that ties in with the film, which was created by blending ideas from two different people who participated in Xbox’s competition to create a game to celebrate and be a part of the release of Space Jam: A New Legacy. Space Jam: A New Legacy — The Game is releasing July 1 exclusively as a perk for Xbox Game Pass Ultimate members, and it looks like a blast from the past.

Digital Eclipse worked on bringing the contest ideas into an arcade-inspired beat ’em up that features LeBron James, Lola Bunny, and Bugs Bunny taking on the Goon Squad. The game will only be available for a limited time but can be played forever once it’s added from the Xbox Game Pass Ultimate perks tab, so be sure to grab it once it’s available.